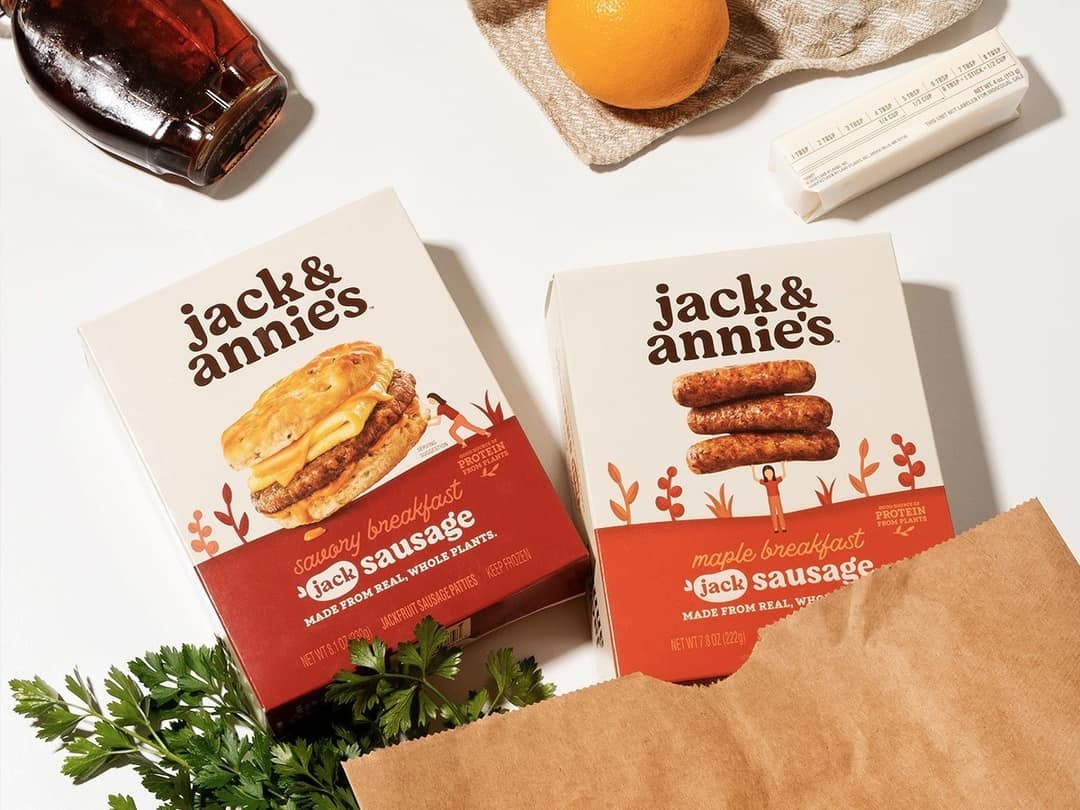 Jackfruit meat brand Jack & Annie’s has announced the closing of a $23 million Series B funding round. The sustainability-focused producer will expand its distribution in the US across retail and foodservice channels for its jackfruit meat products.

Based in Boulder, Colorado, Jack & Annie’s differentiates itself from competitors in the alt meat space by making its products – including frozen and chilled sausages, pulled pork, and wings – from whole plant jackfruit. According to the brand’s research, around 70% of jackfruit goes unused, so Jack & Annie’s supports farming communities in India by preventing the underutilized crop from going to waste, providing farming families with 10-40% of their income.

In less than a year in business, the brand has rapidly gained distribution nationally in over 1,500 retailers including Whole Foods, Sprouts, Meijer, Wegman’s, Hannaford, Target, and Giant. According to data from SPINS Natural Channel, Jack & Annie’s is the 3rd largest frozen brand in the entire plant-based category.

The $23 million Series B funding round was co-led by Creadev and Desert Bloom, with major participation from Wheatsheaf, and existing investors Beta Angels and Investeco.