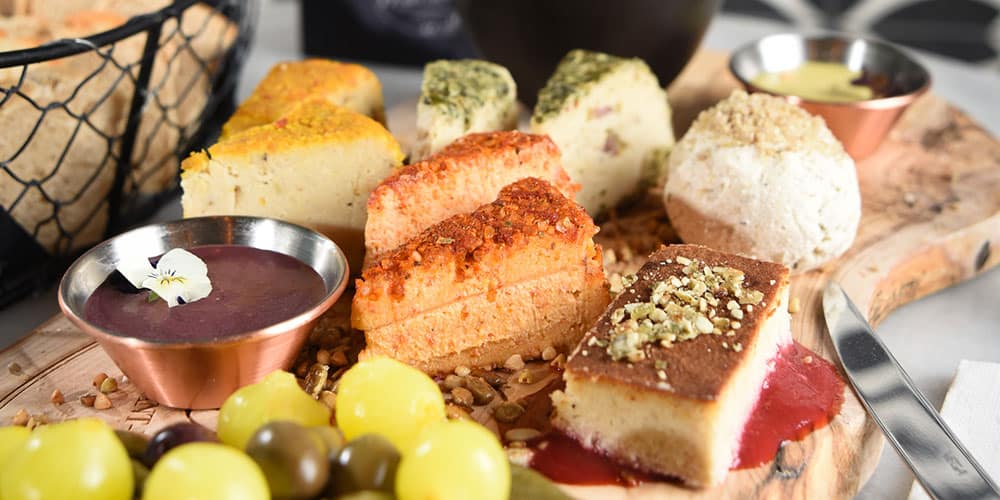 Dutch vegan food-tech company Mr. & Mrs. Watson has raised €700,000 in its seed funding round. The company is known for its selection of vegan cheeses, as well as its Amsterdam-based restaurant.

Mr. & Mrs. Watson says it will use the funding to scale up its cheese facility, develop new products to be sold internationally, and further expand the brand. The company is currently developing a melting cheese to be launched in the first half of this year.

Mr. & Mrs. Watson was founded in 2017 by best friends Aleid Koopal and Kirsi Rautiainen, following a successful crowdfunding campaign. They named the company and restaurant after Donald Watson, founder of the UK’s Vegan Society, and his wife Dorothy. The couple were the first to coin the word “vegan” in 1944.

Plant-based in the Netherlands

The Netherlands has been described as a hotspot for plant-based research and innovation, and is attracting a considerable amount of plant-based industry. The country’s largest supermarket chain Albert Heijn announced a major expansion of its vegan cheese selection last year, and has been continually adding new plant-based products to keep up with demand.

The capital, Amsterdam, is one of the world’s most vegan-friendly cities, and last year the city council laid out plans to encourage residents to be 50% plant-based by 2030.

“The Netherlands is one of Europe’s biggest trade hubs, both importing and exporting huge volumes of food goods. Being a trading nation for centuries has smoothed out this path of logistics, taxation, and value-adding,” Martijn Lammers, Senior Advisor Agrofood at the Netherlands Foreign Investment Agency, told vegconomist. “This tradition continues and is currently shifting more towards plant-based. This has much to do with companies driving the plant-based market with their products like Beyond Meat and Unilever (which purchased The Vegetarian Butcher) and with our research & development capabilities.”