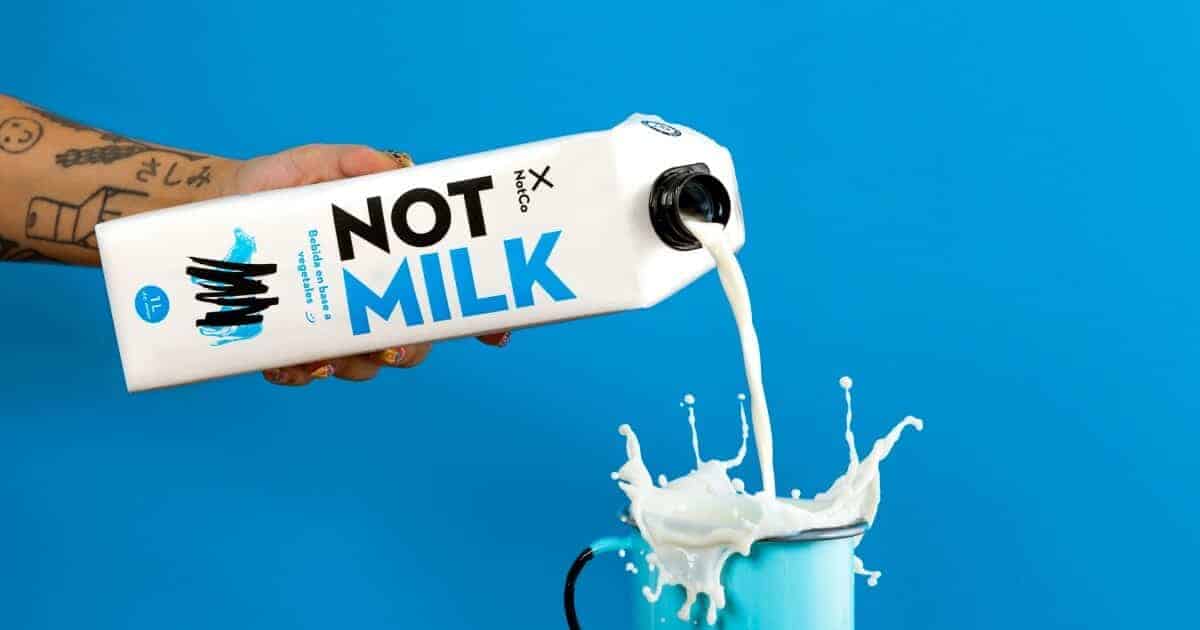 Fast-growing Chilean brand NotCo SpA., the leading food-tech company in Latin America backed by key investors such as Jeff Bezos, is preparing for a fresh funding round this year where it predicts a fourfold increase in sales for 2021 and states it will aim for unicorn status. “It has to be for a valuation of $1 billion,” CEO Matias Muchnick said to Bloomberg. “We won’t budge from there.”

NotCo was last week ranked on Fast Company’s prestigious annual list of the World’s Most Innovative Companies in 2021, ranking #1 in Latin America and in the top 50 globally. Muchnick predicts NotCo’s potential initial public offering of shares to take place in 2023. The company has so far secured $120 million in three rounds from investors including Jeff Bezos’ Bezos Expeditions, Catterton Partners, Kaszek Ventures, Twitter co-founder Biz Stone, and The Craftory.

Also this month, the producer of NotBurgerTM, NotMayoTM, NotIceCreamTM and NotMilkTM received a patent in the US for its proprietary AI technology, while its products continue to disrupt animal-based products throughout South America. In the US, currently only the NotMilk products are available due to the saturation of the vegan burger market. The rest of its portfolio is sold throughout Brazil, Argentina, Chile, Uruguay, Colombia and soon to be in Mexico and Peru as well as ongoing talks for distribution of its milk in Canada.

As producers such as Fazenda Futuro / Future Farm from Brazil as well as NotCo continue to receive attention from investors, for example from Japan’s SoftBank Group which is investing in Latin American plant-based foodtech, the region is emerging as a prosperous market for alt protein. If NotCo reaches its billion dollar target, it will be the first Unicorn in Chile.

“60% of consumers of plant-based milks aren’t happy with the taste of the product, […] We saw we could become the first ones to sell a plant-based milk that tastes like milk,” Muchnick said to Bloomberg. “We’re still far from a saturation point,” he said. “The U.S. is the biggest market, and it’s far from saturated. Nor is Mexico or Asia. This is just beginning.”

Speaking to our Spanish vegconomist platform last year, Notco Argentina and Uruguay’s brand manager, Victoria Bintureira, said: “We seek to be a proposal for change for all those who seek to break with previously installed concepts, who are encouraged and seek to incorporate more sustainable products in their day to day. We believe that it is possible to take care of the planet without having to negotiate on the taste we want.”