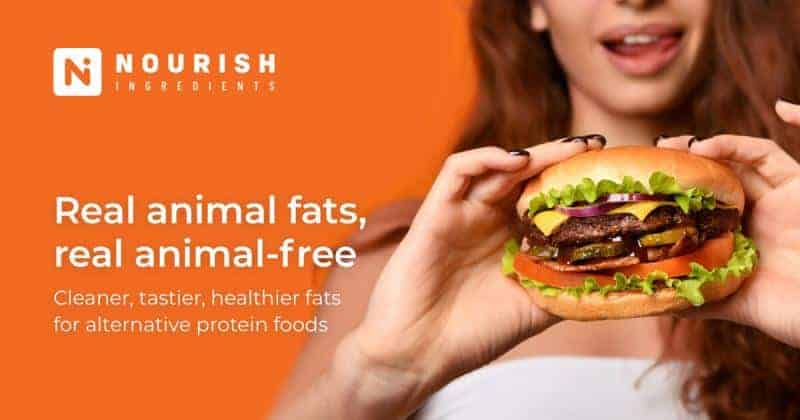 Nourish Ingredients has developed a fermentation process that recreates the molecular structure of animal fats in order to mimic proteins such as seafood, pork, beef and chicken products, without the use of palm or coconut oils and their associated negative effects on the planet.

The company says: “Using science, we’ve discovered and designed endless animal-free fat combinations to suit any protein flavour profile. Plant-based meat and dairy products can now not only be more sustainable than before, but actually stand up to the real thing in flavour and texture.”

“Out of all of the companies I’ve been fortunate to have been involved with… it’s an impossible task. Fats from a chemistry perspective is a really hard problem […] It’s not just tissue engineering. There’s so many complexities and it’s so different,” said Horizons Ventures Investor Chris Liu to Forbes.