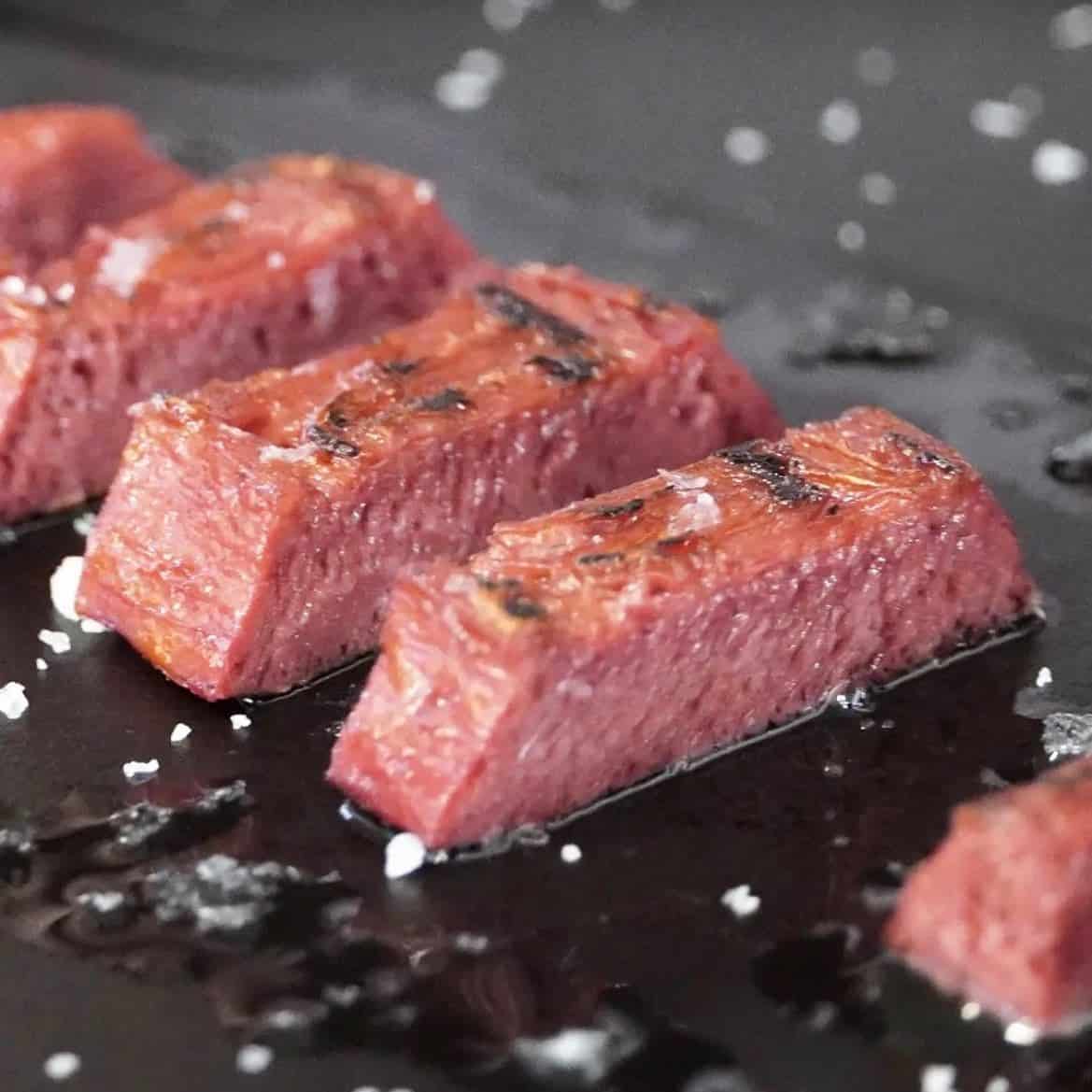 Spanish biotech startup Novameat has raised $6.4 million in Pre-Series A funding to scale whole cuts of plant-based meat. The startup plans to use the funds to bring its steaks and tenderloin to market this year, says Forbes.

To create highly texturized meat alternatives, the company has continuously worked to improve its prototypes and production technology.

According to CEO and bioengineer Giuseppi Scionti, Novameat is currently capable of producing 500kg of plant-based whole cuts per hour with industrial equipment. “(T)he current production speed is about 15 times faster than the typical high-moisture extrusion technology widely used in the alternative proteins sector,” Scionti said.

In addition to conventional meats, Scionti also revealed his company is exploring making plant-based alternatives for other, unnamed animal species.

The funding round was led by  Praesidium, with participation from several companies including Unovis Asset Management and Rubio Impact Ventures.

Novameat expects to launch its first products in Spanish restaurants this year, followed by expanded retail partnerships in 2023. The brand plans to offer its whole-cut products, including steak, tenderloin and fillets, in at least two formats.

“Whilst society needs to dramatically lower its meat consumption, we find it very hard to let go of our beloved steak, chop or fillet” Tijl Hoefnagels, Vice President at the Dutch Rubio Impact Ventures, told Forbes. “On this segment we’re lacking credible alternatives to further propel the transition to a more plant-based diet. Novameat’s team has the skills to bring these to our plate.”