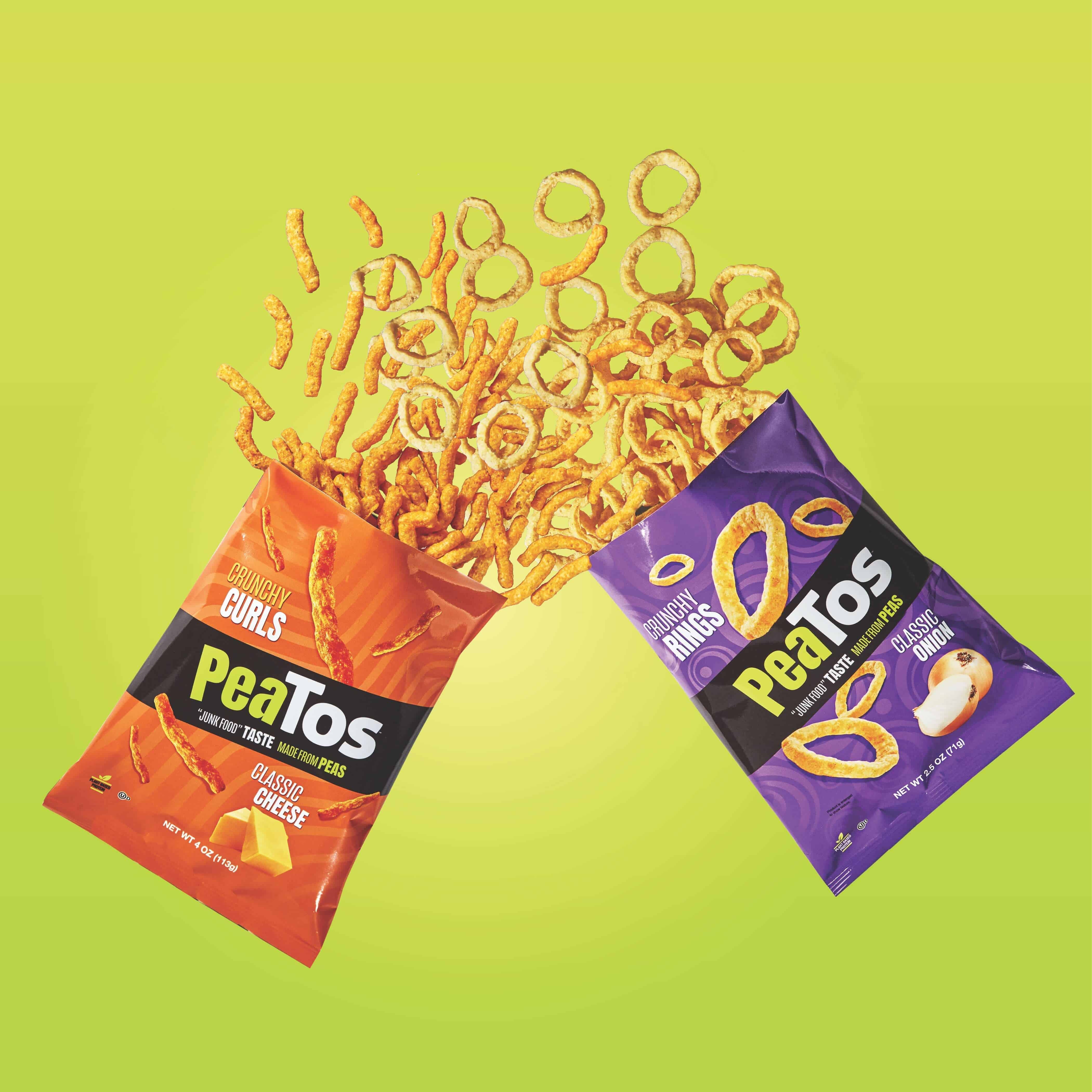 Legume-based snack brand PeaTos has raised $12.5M in its Series B funding round. The round was led by CPG holding company Post Holdings.

PeaTos is a snack chips brand aiming to create a healthier alternative to “junk food” brands like Cheetos. It uses peas as a base instead of corn, and natural flavourings rather than artificial ones. With more protein and fibre than conventional options, the brand’s aim is to disrupt the salty snacks industry.

Just a few months ago, PeaTos raised $7M in its Series A round. The company has experienced dramatic growth in the past year, with many consumers looking for healthier options.

Investor Post Holdings is best known for owning a range of cereal brands such as Raisin Bran and Weetabix, but the company also recently invested in alt-meat brand Hungry Planet to help it expand. Additionally, Post Holdings’ foodservice organization Michael Foods partnered with JUST in 2020 to distribute the company’s plant-based egg alternative.

“We are honored by this investment from Post and their confidence in the PeaTos brand,” said Nick Desai, founder and CEO of PeaTos. “Post has a long history of success in the CPG space and we are honored to have them as part of our mission! The proceeds of this funding round will give us the ability to further execute on our ambitious strategic plan.”