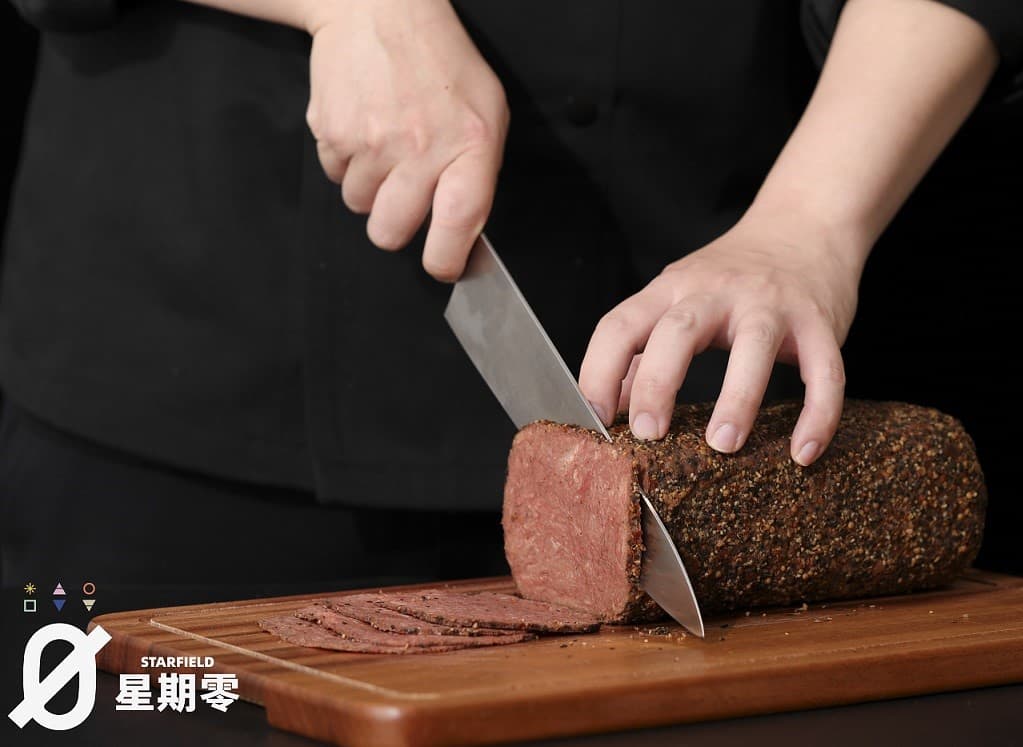 Chinese plant-based protein food technology company Starfield this Tuesday announced the completion of a US$100 million Series B financing round. The company also announced that its first production base and self-built factory will be located in Xiaogan, Hubei.

This round is the fifth round of funding for Starfield since its foundation in 2019, reflecting the rapid development of the plant-based protein food technology sector in China. In 2020, Starfield completed a Series A round, bringing its total funding to over $10 million and making it the fastest-growing plant-based brand in China.

Vegan Beef for the Chinese market

Starfield has created a product called Master Black Pepper Plant-based Beef with whole meat texture, which is reportedly close in taste and texture to beef pastrami, at a price that differentiates it from similar products and without the addition of nitrites or any preservatives. Master Black Pepper Beef Pastrami is made from non-GMO soybeans and is 0 cholesterol, 0 trans-fatty acids, high protein and low fat.

The Series B round was led by Primavera Capital Group, followed by Professor Zeng Ming, as well as additional investments from existing shareholders including Joy Capital, Matrix Partners, Lightspeed China and Sky9 Capital. The company says it will use the funds to continue to strengthen team building, recruit talents, and improve channels and brand building.

Throughout the pandemic, Starfield has been able to achieve counter-trend growth. In October of the previous year, Starfield and Dicos (China’s equivalent of KFC) launched the Green Fairy Plant Chicken Burger in nearly 2,600 shops nationwide. Then in July of last year, it cooperated with Luckin Coffee (China’s equivalent of Starbucks) to launch the Plant-Based Sandwich Combo series in nearly 5,200 shops nationwide. Since 2020, Starfield has been working with FamilyMart to launch new products, and dozens of products have been sold well.

In addition, since 2020, Starfield has continued to collaborate with HeyTea (a national Chinese tea drink chain), launching a variety of meals that have gone live in oven-equipped shops nationwide. In the first quarter of 2022, the two companies report that they will collaborate again on at least one meal using Starfield Master Black Pepper Vegetable Beef, which reportedly has a similar texture to whole cut beef.

In just two years, Starfield has spread across the country through its innovative B2B2C business model and has partnered with over 100 brands across the country, with products in 14,000+ shops nationwide, of which tea, coffee and convenience stores are all recognised as gathering places for young people in recent years.

First self-built factory on the ground

The strong R&D strength is the core of the growth of Starfield and is also one of the biggest investment parts of Starfield. In terms of R&D, Starfield has cooperated with top teams from Beijing University of Technology and Industry, Jiangnan University and Wageningen University in the Netherlands, and has or is applying for nearly 30 patents. At present, the product has entered into the “Starfield 4.0 Technology” stage and is able to produce “Master Black Pepper Plant-based Beef” with whole cut meat texture. In the future, Starfield will further refine the texture and flavour of its products and launch marinated beef, whole chicken fillet and whole pork fillet.

In terms of channels, Starfield has not only entered into extensive channel cooperation with nationally renowned restaurant brands, but also continued to roll out into convenience stores, new retail and supermarket channels, accelerating the comprehensive expansion of its channel territory and reaching precise consumer groups in multiple scenarios. At present, Starfield’s products have been entered FamilyMart, Lawson, 711, ole, Fresh Hema (retail part of Alibaba) and other channels with high frequency consumption by target users.

Wang Yang, Founding Partner of Primavera Capital, said, “The products of Starfield are in line with the national development goal of carbon neutrality and have clear health benefits from the consumer level, more in line with Chinese tastes and affordable, and its localised and young team has the ability to build brand awareness quickly. Primavera has an extensive presence in the consumer sector, which can help integrate Starfield with Primavera’s portfolio ecosystem and form a good linkage. In the future, Primavera Capital will continue to focus on the companies in the carbon neutral industry chain and would like to grow with them and give back to the society.”

Professor Zeng Ming comments: “We hope that Starfield will continue to promote the advancement of plant-based protein technology and create truly healthy and delicious food.”

With thanks to Dao Foods and Starfield for their input in this feature.