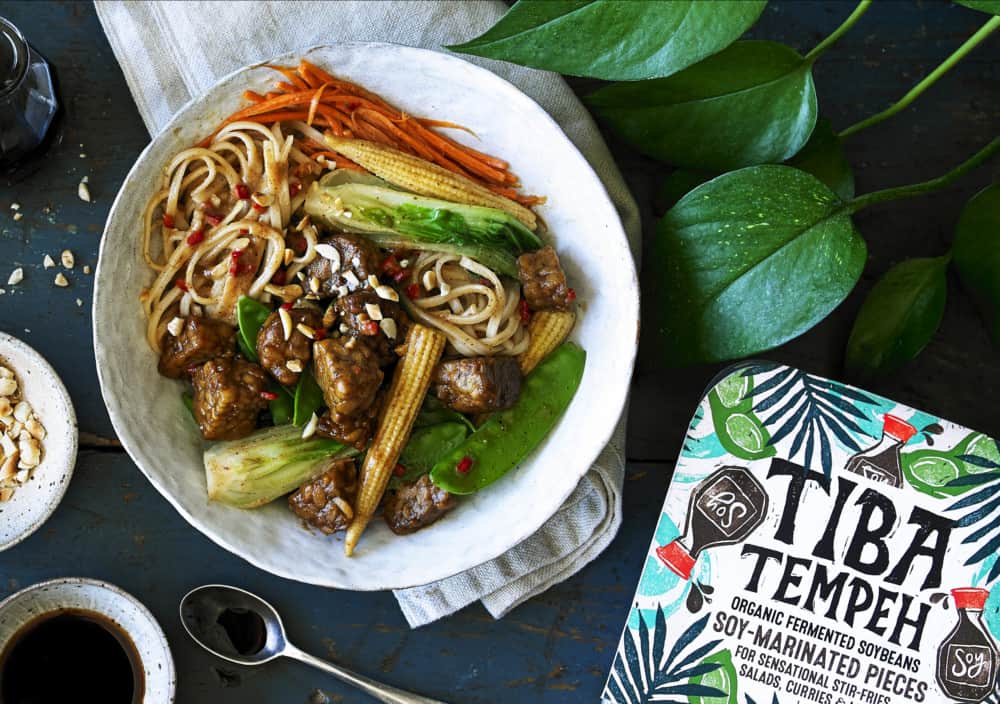 British startup Tiba Tempeh has raised £500,000 in a seed funding round led by Lever VC. The company will use the funding to launch more products, make new hires, and increase its marketing efforts.

Tiba Tempeh was founded by Alex and Ross Longton, who have both previously held senior roles at Kraft Heinz and other major food corporations. In 2019, the pair decided to use their experience to launch a plant-based food company, making it easier for consumers to eat a healthy diet.

Tiba Tempeh is available diced and marinated in several flavours such as Sweet Chilli, Curry Spiced, and Soy Marinade. The tempeh is suitable for use in dishes such as curries and stir-fries, and the company has also recently launched what it claims is the first tempeh burger to be sold in UK supermarkets.

The products are currently available nationwide at stores such as Ocado, Planet Organic, Whole Foods, and Selfridges, with more launches planned at other major UK supermarkets and internationally.

Meat-free products are the fastest-growing food category in the UK, growing at 42% YOY. But sales of tempeh are rising even faster at 112%, putting the protein significantly ahead of the rest of the category.

Last year, UK restaurant chain Wagamama began catering to this increasing demand by launching three dishes made with tempeh. The meat alternative is also rising in popularity elsewhere in the world, with Dutch brand Schouten recently creating upcycled tempeh mince and Vegolution launching tempeh in India. Interest has been so great that the first ever global tempeh conference was held over the summer to spotlight the protein.

“We are extremely excited about our partnership with Lever VC, which will accelerate our growth both in the UK and internationally,” said Alex Longton, Managing Director of Tiba Tempeh. “Lever VC’s expertise in the sector will add significant value to further scale the business and help us on our mission to create a healthier world by inspiring people to eat more naturally healthy and sustainable plant-based foods.”