Because, Animals, a biotech company growing cultured meat for dogs and cats, announces today it has closed a seed stage round led by Orkla ASA. This investment marks Orkla’s first investment in pet food and the first move for its Orkla Alternative Proteins (OAP) unit, which was recently established with the intention of becoming one of the leading competitors in the field of alternative proteins in Europe by 2030.

“Partnering with a major international food player like Orkla is exactly what we sought to do from the beginning,” Shannon Falconer.

The closing of the heavily oversubscribed round brings the startup’s total financing to $6.7 million to date, with follow-on investment from SOSV, Draper Associates, Keen Growth Capital, and others. With the fresh funds, Because, Animals will scale up production, and accelerate development of its first commercial cultured meat pet product, a cat treat. In the near term, the company is also developing a nutritionally complete, plant and culture-based dog food to add to its current line of treats.

Because, Animals was co-founded in 2016 by Shannon Falconer, PhD, and Joshua Errett, MBA. The company closed its first seed round in 2019 and announced success in creating the world’s first cultured meat pet food made from cultured mouse tissue, the ancestral diet of the cat. Amongst the company’s success, n 2020 it was awarded the Purina Pet Care Innovation Prize, and it has also developed a proprietary alternative to fetal bovine serum, an animal-based ingredient still heavily relied upon by other producers of cell-based meats.

“As a company deeply committed to health and sustainability, we see cultured meat as having interesting potential in terms of sustainability, animal welfare, and food safety. Because, Animals’ products and technology are truly differentiated, and stand out as a sustainable, healthy, humane way to feed pets. Their progress in developing cell lines, growth media, and driving down cost is impressive – all vital steps in bringing cultured meat technology to market,” said Elin Tveito Lidman, the recently appointed CEO of Orkla Alternative Proteins.

“Partnering with a major international food player like Orkla is exactly what we sought to do from the beginning,” said Because, Animals CEO Shannon Falconer, PhD. “We were not interested in just any corporate food heavyweight, we needed them to be firm believers in sustainability and the future of food, and we’ve found exactly that combination in Orkla.” 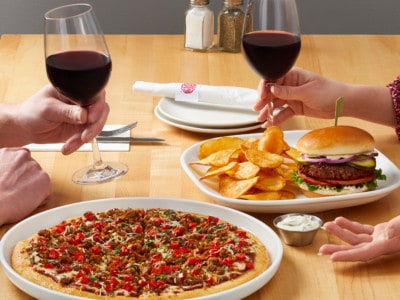