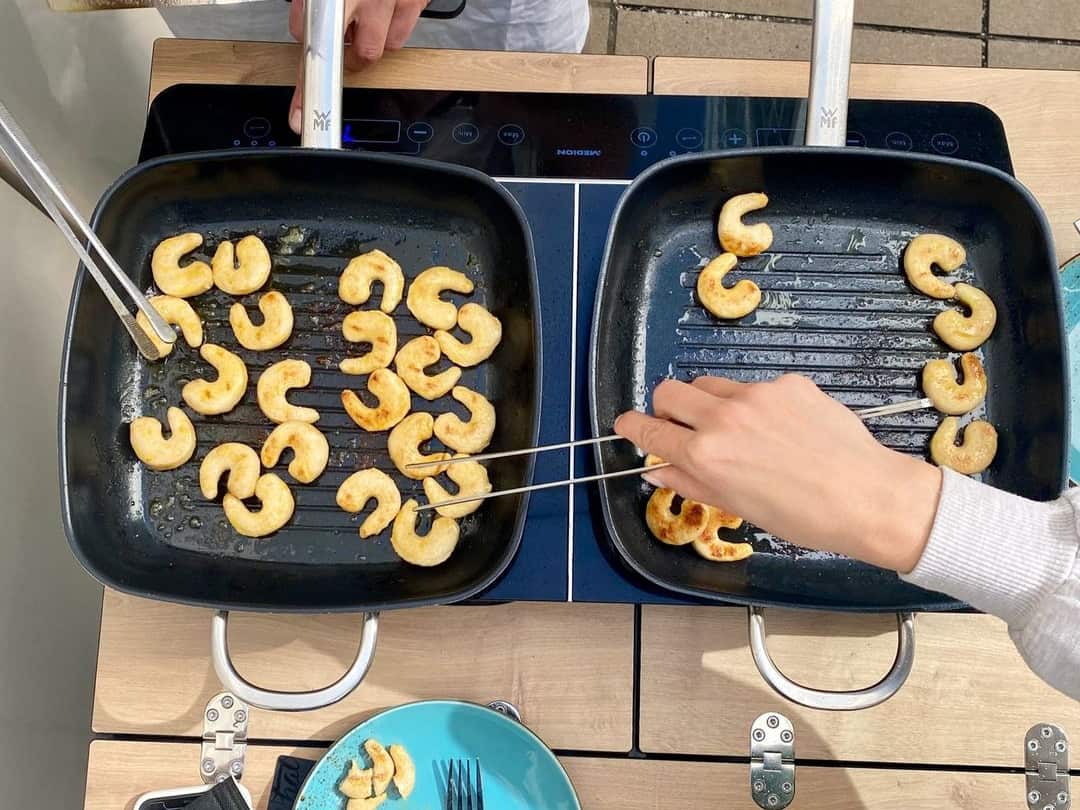 Though research shows shrimp as the most popular seafood item in the US, consumer concerns regarding ocean pollution are changing ordering habits. Alt shrimp producers across the globe are meeting the demand for environmentally friendly seafood options, with 72% of consumers stating they do not want their seafood consumption to harm the environment, as reported by Restaurant Business Online.

With alt shrimp looking like the next big segment in alt seafood, vegconomist takes a look at the biggest players in the emerging market.

Happy Ocean Foods
Alt seafood company Happy Ocean Foods has proven a success on The Lion’s Den – the German version of the show known as Shark Tank in the US and Dragon’s Den in the UK. The plant-based seafood brand received investment from two judges including former Formula 1 World Champion Nico Rosberg after showcasing its flagship plant-based Shrymps.

CellMEAT
The South Korean company has developed cultivated shrimp after raising $14.1 million in funding. The cellular agriculture startup is now doubling pilot production of its cultivated shrimp before entering the B2B and B2C market in Singapore within the next 12 months.

Cavi·art
Luxury seafood brand Cavi·art claims to be the producer of the best-selling vegan caviar in Europe, and The Danish brand is now working to expand its range of affordable gourmet seafood alternatives by creating a shrimp alternative made using sustainably harvested seaweed.

Nestlé
Global food conglomerate Nestlé recently launched Vrimp through its Garden Gourmet plant-based brand. The vegan Vrimps are made with seaweed, peas, and konjac root and boast the taste and texture of shrimp, according to the brand. The multinational has made an array of alt protein investments and is evidently keen to enter various segments.