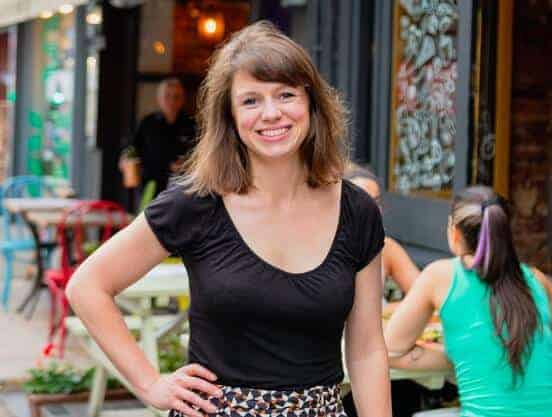 The COVID-19 pandemic has completely shaken up the meat industry. It has changed the way meat is produced, purchased and transported. And according to analysts, things are unlikely to go back to the way they were before the outbreak for some time.

This has led to meat shortages, the US being one of the worst countries affected. And this has inspired many people to turn to plant-based eating, or at least to think about it.

But that’s not the only way that the pandemic has reshaped our eating habits and forced even convinced carnivores to reconsider their food choices. The outbreak got many people thinking about the relationship between food and health. And in isolation, separated from friends and family, people had more control over their food choices than they usually do and were protected from social pressures surrounding how to eat.

But there was already an inexorable trend toward plant-based eating, and it began long before the pandemic. The number of people eating exclusively plant-based quadrupled between 2014 and 2019. More than half of the world’s largest food companies are working to advance plant-based options. And the meat industry has historically struggled to market to younger people, who make up a majority of flexitarians, vegetarians, and vegans

Meanwhile, the global population continues to grow, meaning food options other than meat have to be considered. And though emissions fell during the lockdown period, the climate crisis remains as big a problem as ever—meat (and beef in particular) being some of the biggest contributors to it. In its Future of Food report, released in May last year, Sainsbury’s predicted that a quarter of all Britons would be vegan or vegetarian within six years. They added that a fifth of all British people were already flexitarian.

But the accelerating trend towards meat-free meat, specifically, rather than simply plant-based food, is new. Yet meat substitutes have been around for decades. So what’s changed? Why the sudden surge in popularity?

The answer is: innovation. The creation of plant-based meats that mimic the taste and texture of meat represents a hinge moment in global eating. Though mycoprotein-based meat substitutes have been around since at least the 1980s, they have never really passed as meat, and so they haven’t appealed to meat-eaters. Veggie burgers, for example, have been aimed squarely at vegetarians and vegans. Historically, they haven’t been “meaty” enough to appeal to meat-eaters.

Now, food technology and new approaches to old or unappreciated ingredients have allowed for the creation of juicy, flavourful, indisputably “meaty” meat-free meats. Creators and innovators can therefore target a large number of people. As long as the product is tasty and nutritious, it can appeal to anyone. It isn’t “vegan” or “vegetarian”. In almost every sense it’s meat—just without the meat.

Looked at this way, innovators might be exploiting a broad trend, but they’re driving a trend of their own within it. By creating meat-free meats that, in taste, texture and look, are increasingly inseparable from the “real” thing, they are giving meat-lovers more and more reason to skip the meat aisle. And, in time, they might even change how that aisle looks, too.

The Farm Animal Investment Risk & Return initiative, or FAIRR, has said that big meat companies were vulnerable even before the pandemic. And as the climate crisis intensifies, profits will fall even more rapidly due to rising costs and poor crop yields. Despite this, there are reasons to be hesitant to predict the death of meat. As emerging economies grow and get richer, one of the first things to happen is a change in diet to one that includes more meat. And demand for meat actually went up in 2018. But innovation in the food space continues, and that means more increasingly meaty, eye-wateringly juicy, utterly delicious meat-free meat.