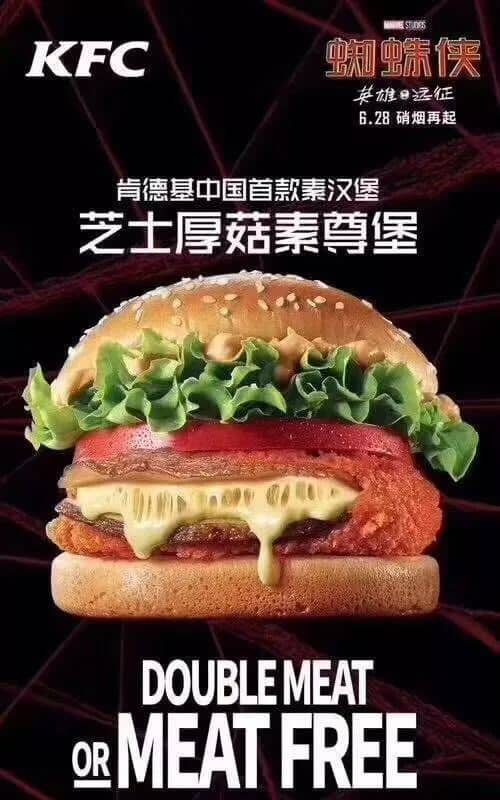 Using GlobalData, Verdict Foodservice found that the Chinese food industry is rapidly changing, and that Chinese consumers are being influenced by the global trend towards healthy eating. Organic food is becoming more and more popular, and as the public levels of awareness into food safety issues are on the increase, the foodservice industry is offering organic menus more frequently.

The data revealed most interestingly, that: “Veganism has also become more popular among the Chinese food industry; according to statistics from South China Morning Post (data from 2017) the vegan market is expected to rise by more than 17% from 2015 to 2020.” This implies a vegan population of over 200 million by 2020.
Just this week, KFC has released a meatless burger in China, although the product is at this point vegetarian rather than fully vegan. Oatly ice cream also launched in mainland China this May, as did plant-based egg alternative JUST egg. Vegconomist will continue to report on the vegan market in China.