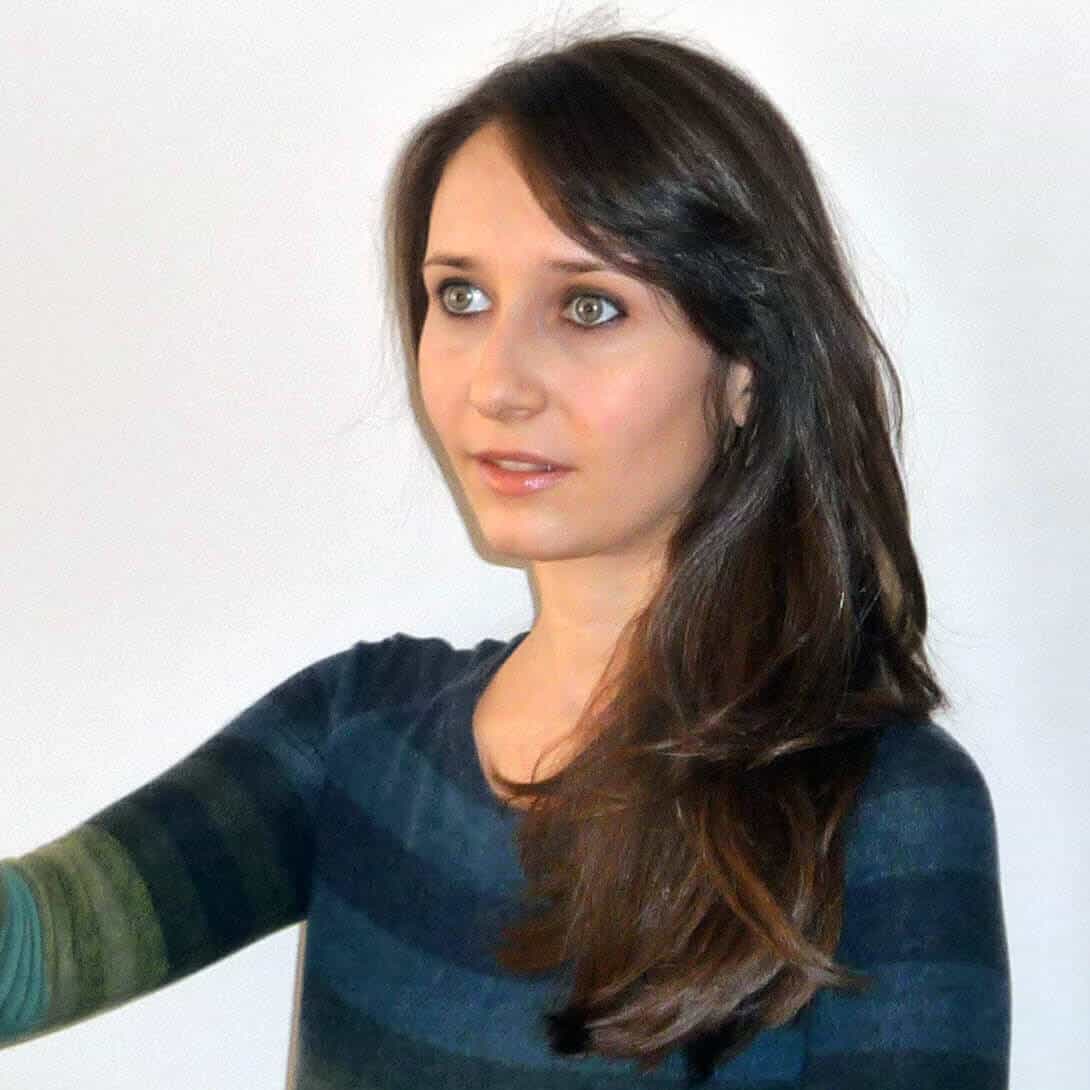 Guest post from freelancer writer Gergana Mileva.
Veganism’s surging popularity is now a global phenomenon. Big chains such as Marks & Spencer, Pret a Manger, and Pizza Hut are introducing a wide range of vegan options to their loyal patrons. Others are taking the plunge into veganism. Guinness, for example, decided to stop using fish bladders in their brewing process, after two and a half centuries of carrying out this practice.

While the traditional food industry is still trying to catch up, new competitors are also entering the market. All sorts of business startups and YouTube channels are supporting this movement and encouraging more and more people to embrace the plant-based lifestyle. So, what does this mean for the plant-based market?

Is 2019 the year of mainstream veganism?

I’ve asked some experts on vegan initiatives to shed some light on the future of this industry. Here, you will discover why the vegan market is worth investing in this coming year.

Founder of Beyond Impact Advisors, Claire Smith is a vegan, an environmentalist, and an entrepreneur with 33 years of experience in finance and investment. She created a platform that empowers companies whose products contain vegan, cruelty-free, and plant-based alternatives instead of animal-derived material. Smith has been investing in sustainable consumer products since 2017.

I caught up with the amazing woman behind Beyond Impact Advisors to find out about the future of the vegan industry and why vegan businesses are worth investing in this 2019.

“In terms of opportunities in the vegan market, I have been conscious of the rising trend towards adopting plant-based diets since 2015,” she admitted. Initially, she created companies in food and accessories. The longer she worked in these industries, the more she realized that she had the potential to expand the vegan trend.

And so she did.

She started investing her own time and money to move the vegan market forward by empowering cruelty-free and eco-friendly companies to grow to scale.

Smith says that we have so much potential to diminish the exploitation of animals in products and services. By embracing alternative ingredients or methods, we can put an end to animal testing and animal-derived ingredients. Apart from practicing sustainable consumption, there are other ways of showing support for the vegan lifestyle. Technology, media, hospitality, and financial services, she says, are some of the areas where we can promote veganism.

Another factor that often encourages people to pursue a vegan lifestyle is a circular economy, where we maximize the use of plants. Smith is confident that we can improve the economics of plant-based businesses if we make better use of all plant parts instead of utilizing one part and discarding the rest or feeding them to animals, which, according to her, only provides an effective subsidy to animal agriculture.

When I asked about vegan investment opportunities in 2019, she said, “The timing is right for investing in alternatives to animal use since recent years have seen an explosion of expertise, within data analytics and machine learning for selection of plant properties, and within tissue engineering, cell culture, and bioprinting to enable the development of cellular agriculture, as well as synthetic biology directly producing those molecules that were formerly only created by living organisms.”

Smith believes that our effort to perfect these burgeoning technologies and reduce the cost of inputs would increase vegan products’ competitiveness against animal-derived items within three to five years. We could even save billions of animals in the process.

She also told me, “Concerns over climate change, environmental pollution, water shortage, as well as health risks of zoonotic diseases and ineffectiveness of antibiotics, are propelling governments to encourage the public to change their consumption habits and reduce the planetary load.”

With the World Health Organization labeling processed meat as a carcinogen, making it as unhealthy as a cigarette, Smith says that meat taxes and the removal of subsidies won’t be a distant prospect. Of course, that will be great for the future of the market. “Governmental support is critical in respect of novel foods legislation and approvals of cellular agriculture, especially in the face of opposition from vested interests.”

Former tech entrepreneur Michiel van Deursen’s fingerprints mark many areas of the tech industry. He created two market-leading classified ads websites, an internet company, and 10 other start-ups, which he all sold eventually. These days, he invests in vegan and solar initiatives through Fast Lane Ventures BV, an Amsterdam-based ethical investment fund.

When van Deursen and I discussed his thoughts on the rise of the vegan market, he said, “I have now started to see the same patterns in the vegan market that I once saw with the internet back then.” He believes that, much like the rise of Facebook and Google, the world is bound to see a substantial increase in ethical eating.

Plant-based eating is not a fad. The more people adopt a plant-based diet, the more it will affect the vegan market. Other than the rise of veganism in the food industry, he predicts 2019 will see a boom in non-food vegan products. He believes that the accessibility and quality of vegan options will improve significantly in the coming years.

Van Deursen says that the vegan market will expand enormously next year, with new companies entering this marketplace and big corporations executing huge takeovers of existing brands. Competition will be fierce, and the market share of vegan products will further grow. In other words, it’s wise to start investing now. He, too, plans on investing in vegan companies now and in the coming year.

Tobias Leenaert, Author of How to Create a Vegan World: A Pragmatic Approach

Author of How to Create a Vegan World, Tobias Leenaert is a long-time speaker, strategist, and trainer. He also co-founded a Belgian vegan initiative called Ethical Vegetarian Alternative, which is the first organization to receive structural funding from the national government.

My conversation with Leenaert confirmed that there is immense potential for growth in the plant-based food market. He emphasized that with big companies such as General Mills, Danone, Cargill, and Tyson taking plant-based alternatives seriously, it won’t be long before other brands follow their footsteps.

“In the coming years, I expect more meat and dairy companies to notice the signs on the wall, and to start to or further diversify their business, through venture investments or acquisitions,” he said. That means investing in the vegan food market in 2019 is an excellent idea. The best part, he told me, is that these big companies with deep pockets can use their resources (e.g., expertise, R&D, distribution channels, and advertising dollars) to further increase the market penetration of ethical products.

Måns Ullerstam, the founder of a Swedish ethical holding company, Kale United, is an entrepreneur and seasoned investor. Trained by former US Vice President Al Gore, this Climate Reality Leader is also passionate about supporting and empowering the plant-based movement.

Ullerstam says that studies like the IPCC Special Report on Global Warming raise awareness of humanity’s impact on our planet. These reports show how our individual choices, as well as the actions of large companies, can change things for the better. As people become more aware of the consequences of their actions, we should continue to see an increase in demand for ethical products and services.

I asked Ullerstam to share some of his thoughts on the increase in demand for vegan options. He said, “The vegan and plant-based markets have seen huge global growth in recent years, and I strongly believe this surge in demand for more sustainable and ethical products and services will continue in 2019.”

He expects to see new and exciting plant-based brands next year—not only in the food industry, but also in fashion, healthcare, and even in publishing. These new brands, as well as existing ones, will need investments that are in line with their own ethos, so that they may flourish and become more available in the mainstream. So, yes—Ullerstam believes that investing in plant-based initiatives is a terrific idea for 2019. Since there are only a limited number of sustainable and ethical investment opportunities in the market, we must provide an ecosystem where investors and plant-based brands can come together and support the vegan movement. It’s for this reason that Kale United was created.

According to Ullerstam, we are in an exciting time, where the demand for sustainable and ethical products is growing, while the availability and the quality of these products are improving. These forces, he says, are creating a new high-growth industry while making the world a better place.

Yeung is optimistic about the plant-based revolution. He told me, “Plant-based is the blue ocean in the food, agriculture, technology, and wellness industries.” There is overwhelming evidence pointing to the fact that the mainstream has recognized that food is at the nexus of some of the world’s biggest challenges. He says that consumers are willing to take meaningful action toward a better food system, especially the millennial generation.

Yeung says we are going to see a massive paradigm shift. Opportunities for innovation and disruption will expand. Starting next year, he says, we should expect nothing less than explosive growth in this segment.

“For the sake of our planet and humanity, this change cannot come fast enough,” Yeung remarked.

An experienced entrepreneur in sustainability, startups, and international trade, Dan Altschuler Malek is transforming the food industry, one company at a time. As Venture Partner, he provides opportunities for companies looking to create delicious plant-based and ethically-sourced meat, dairy, egg, and seafood products.

When I spoke to Malek about the good food movement, he affirmed that the plant-based food revolution is here, brewing as consumers continue to demand more protein in their diets. So, what’s driving consumer desire for plant-forward dishes?

According to Malek, consumers have several reasons for supporting the movement to eat more plant-based foods—health, ethics, and the environment, to name a few.

Plant-forward dishes are more accessible and appetizing than ever before. One good example of that would be Beyond Burger, the world’s first plant-based burger. These healthier alternatives are even outperforming their animal-based counterparts.

People are also starting to understand and see the consequences of our eating habits. Our consumption of animal products contributes greatly to our environmental crisis. Instead of making the problem worse, people want to be part of the solution.

In this day and age, investing in the vegan market isn’t just a great idea, it’s an essential step. Not only are vegan options better for our health, they are also better for our planet.

A Principal at Advantage Capital Partners, Tyler Mayoras is a seasoned financial professional with over 20 years of experience in private equity and consulting. His expertise lies in the food and agribusiness industries.

As a committed vegan and concerned citizen, Mayoras follows the trends in the plant-based space. He believes that while most of the world is trending towards plant-based consumption, veganism is in its early innings. However, he asserts that the trend isn’t going anywhere.

In the ’90s, human rights inspired him to shift away from meat. Now, personal health concerns and unquestionable environmental problems are driving even larger conversions. Mayoras expects this growth to accelerate in the coming year as more people acknowledge the benefits of going vegan.

Indeed, it is a new business world, one in which consumers are taking a stand for animals, the environment, and their own health. And if you, too, want to make the world a better place, then now is the time to invest.