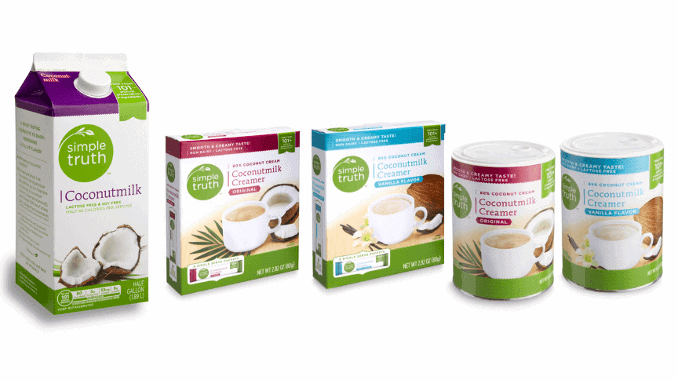 Supermarket giant Kroger has announced its top food trend predictions for 2019, curated by a team of new product developers, chefs and innovators, focusing on flexible eating styles. The top predictions list includes plant-based diets in two categories out of five.

The Kroger Co. is the United States’s largest supermarket chain by revenue, the second-largest general retailer and the seventeenth largest company in the United States. They serve over nine million customers daily through 2,800 retail food stores and are working on creating #ZeroHungerZeroWaste communities by 2025.

Yesterday Kroger announced their top five food predictions for 2019, and plant-based is the second category, after Regional Flavors. Kroger’s press release states, “Consumers are finding it is easier than ever before to incorporate more plant-based fare into their daily diets. By electing to go meat or dairy free, whether for a meal, a Meatless Monday, Flexitarian Friday, or every day of the week, there will be more plant-based options available to power through the day. Last year, 31 percent of consumers participated in meat-free days once per week.”

The third category in the list of predictions is classed as Eating Styles, which encompasses those who subscribe to specific diets, such as keto and paleo, and this group also includes vegans, vegetarians and flexitarians. Kroger quote a Mintel study and state, “A recent study reports 15 percent of the U.S. population identify as vegetarian or vegan. Kroger is responding by offering and developing new products that make it easy for any customer practicing any lifestyle to find foods to support their health and wellness journey.”