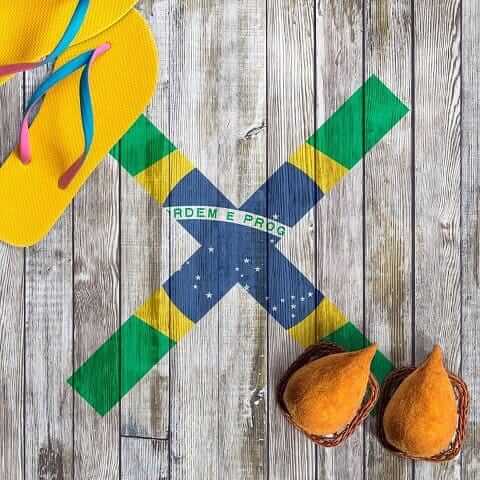 Around the world, the concept of reducing or completely ditching animal products from our lives has blossomed into what may be a seismic shift in collective attitudes. The reasons for such a change vary, from concern about animal welfare and the environment to a desire for improved overall health.

Either way, the global shift taking place before our eyes is undeniable. As the demand has shifted, so has the supply. The number of companies around the world offering plant-based meals has surged, with meat and dairy alternatives continuing to fill the shelves of supermarkets.

Although a significant chunk of plant-based and vegan companies (and their target groups) are located in the US, Canada, and Northern Europe, one part of the world that is often overlooked is Latin America.

Sadly, the Covid crisis has exposed the systemic inequalities that have plagued this area for decades, and even the most prosperous countries have taken a major hit. According to a report from the International Labor Organization, informal workers represent 49% of employment in Latin America and the Caribbean. Lockdowns and social distancing measures have been severely detrimental to this sector, wreaking havoc on countless livelihoods. However, the report also highlights how the burgeoning green economy has the potential to create 15 million new jobs in this corner of the globe.

In the US, the plant-based food industry has already created over 55,000 high-wage jobs, according to the Plant Based Foods Association, and a recent report found that the global vegan food market is expected to surpass a value of $24 billion. In a region with over 650 million inhabitants, which represents 8.42% of the world population, the potential for the vegan economy, which remains relatively small, should be taken seriously.

It is natural to feel skepticism about a region where meat is often deeply entrenched in traditional cuisine. But let’s consider the fact that in the US, a country with a population of just over 330 million, approximately 8% identify as vegan or vegetarian (5% vegetarian, 3% vegan). Yet even with such a small percentage committed the avoidance of animal products, the US plant-based retail market is worth $5 billion, outperforming all other food categories by over 9% in 2019.

Meanwhile, the regional average of those who identify as vegetarians in Latin America and the Caribbean is 8%, similar to the US but with twice the population. At a country level, Mexico has the highest percentage of vegetarians and vegans, with a staggering 20% in a country of 130 million people, which represents close to 2% of the total world population and has a GDP of over $1.2 trillion.

As can be expected, things are happening. In Colombia, an agro-food initiative called WARUWA is helping to connect farmers with restaurants, while reducing the price of fruits and vegetables and hence, helping farmers while incentivizing plant-based eating. Chilean plant meat brand Notco is now entering the Brazilian market, which is expected to reach a value of $250 million, and Japan’s SoftBank Group is now investing in Latin American plant-based foodtech.

Speaking of Brazil, Rio De Janeiro’s top plant-based meat company Fazenda Futuro announced earlier this year its European launch after successfully conquering the Brazilian market, and most recently, Beyond Meat announced it is testing Beyond Sausage Pizza in Puerto Rico.

But these are just baby steps so far, and much of the region remains untouched by the burgeoning vegan economy, which is sweeping other parts of the world and helping the environment.

With the second-highest population in the region and the highest percentage of vegans and vegetarians, Mexico is by far the most interesting market in the plant-based sector. But it’s not just vegans and vegetarians driving this market. In fact, the majority of plant-based consumers consider themselves flexitarians, which generally constitute a higher percentage than those identifying as vegan or vegetarian in Latin America and the world.

So there you have it. The United States has had huge success with the plant-based market at only half the population of Latin America and the Caribbean – a region in need of an economic transformation, one that includes all sectors of society and addresses the urgent need for environmental sustainability.  With an abundance of vegans, vegetarians, and flexitarians, along with the less obvious veg-curious omnivores, the plant-based/vegan economy is exactly what this part of the world needs, and it’s a market that is undoubtedly worth the investment.