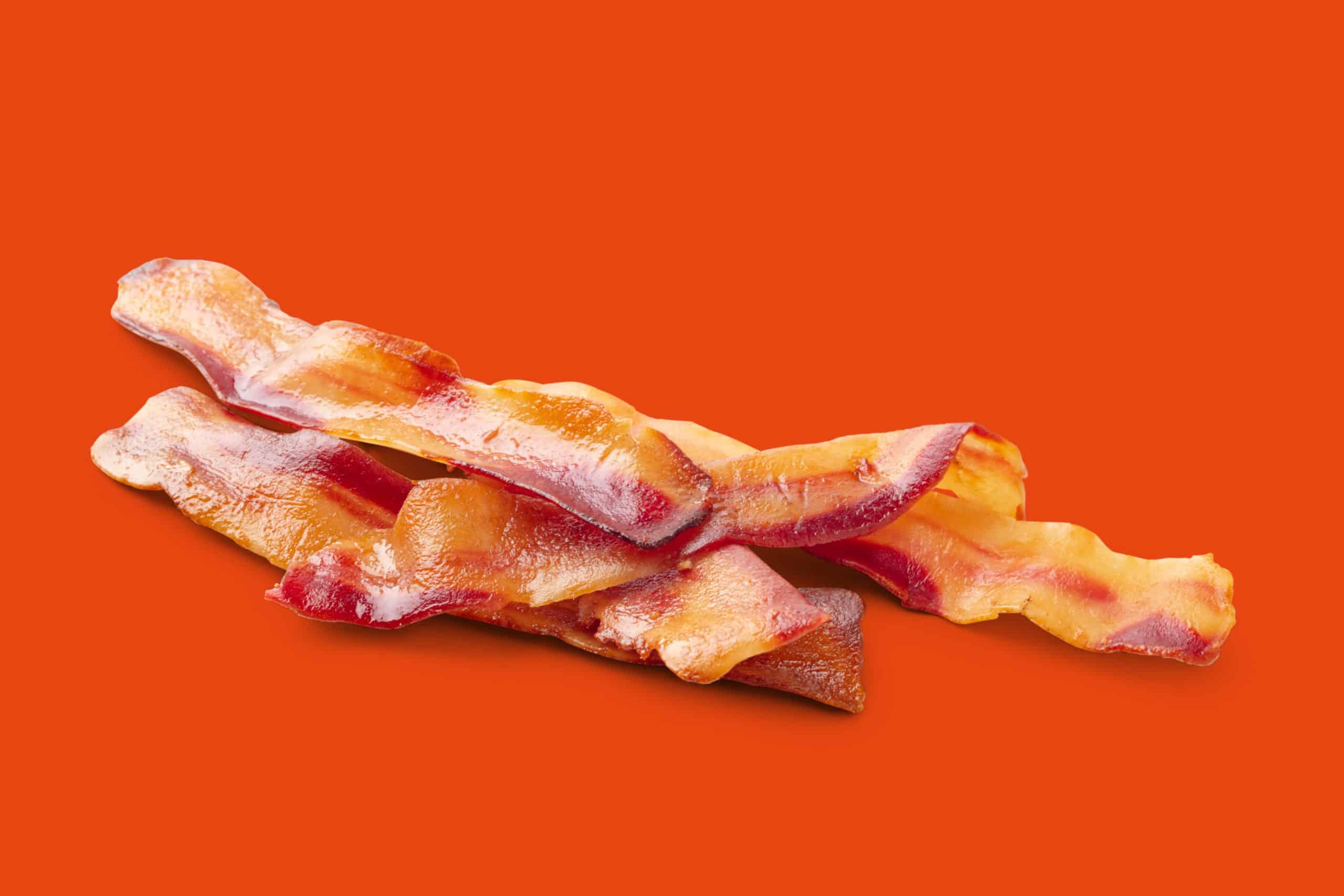 Long-held as a taste icon for many diehard animal meat-eaters, now bacon is also experiencing plant-based disruption. Sales of plant-based bacon are up 25% – double the rate for the same period for animal-based bacon – and the plant-based bacon market as a whole doubled in 2020 to $267 million, reports Bloomberg.

As multiple players are entering the space from different angles, here is the vegconomist latest from the major disruptors in alt bacon:

Prime Roots has launched what it claims to be the world’s first plant-based bacon lineup of thick-cut, butcher-style bacon in Black Pepper, Sriracha, Maple, and Hickory flavors, which are created with a Japanese superprotein fungi called koji.

San Francisco’s Hooray Foods, producer of “cult” vegan bacon available in over 300 Whole Foods stores across the US, has raised $4 million in total seed financing to scale production capacity to meet immediate demand from leading national retail and grocery chains.

After developing the world’s first cell-cultured bacon, Mission Barns, has raised $24 million in Series A round funding to upscale its cell-cultured fat technology and build a pilot factory in the Bay Area, California.