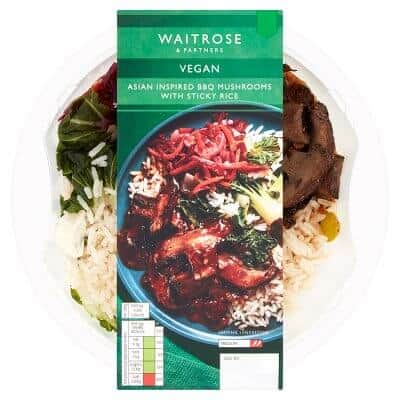 Veganuary had over 400,000 signups this year, but the common concern is that most people will give up the new lifestyle and revert back to meat and dairy into February, which is often the case. UK supermarket Waitrose has reported that this is not the case in 2020, and that consumers are still interested in buying plant products.

Waitrose states that this February has seen sales of vegan products up 13% compared to last year, and as per our recent report, consumers continue to be attracted to mushrooms as a source of protein. “Mushrooms have been one of the most popular choices of vegan cooking with specific products such as Waitrose & Partners Vegan BBQ Mushrooms with Sticky Rice selling double what was expected,” said the press release.

“As customers look to be more experimental and add interest and additional flavours to their vegan dishes, we’ve seen sales of our exotic mushrooms rise 16% compared to last year. We’re also seeing more shoppers opting for chestnut mushrooms, with sales up 7%.”