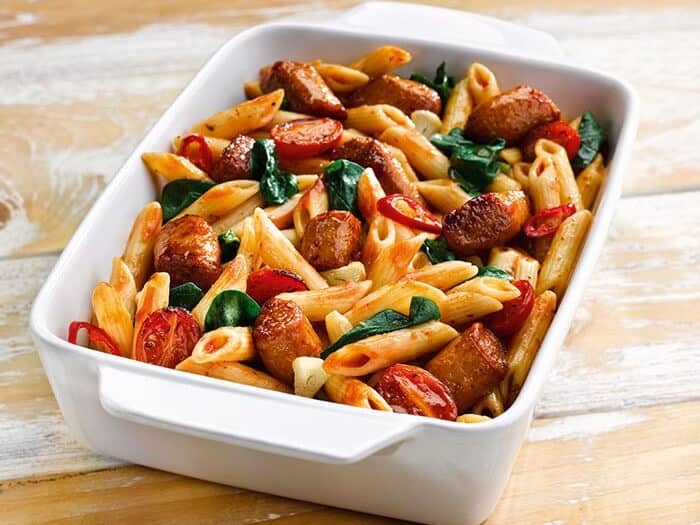 Pilgrim’s Food Masters, which was acquired from Kerry Group by US giant Pilgrim’s Pride last year, sees the soaring interest in flexitarianism as a major driver in said growth, with the brand adding that 43.7% of its consumers now describe themselves as flexitarian. Other drivers identified by the company include; appealing to families, tapping into new occasions, and product innovation.

With company research claiming only 14% of parents believe plant-based foods are suitable for younger children, Pilgrim’s sees a major demographic which is currently untapped by retailers. The company also sees the meat alternative sector as saturated and is looking for new plant-based opportunities such as seafood, fish, snacks, and sandwiches. Product innovation revolves around new plant-based ingredients like chickpea and sunflower.

With British meat brand Richmond being acquired by Pilgrim’s Food Masters from Kerry Group, consumers can expect to see an expansion of its successful meat-free range. The brand was awarded UK Product of the Year 2020 for its plant-based sausages and also has vegan bacon rashers and meat-free mince, meatballs, and burgers on the market.

“Plant-based alternatives can no longer be an afterthought, so retailers need to ensure they are investing in a robust plant-based offering which stretches across different categories,” stated Dawn Spencer, Marketing, Category, Innovation & Sustainability Director at Pilgrim’s Food Masters. “There are really clear areas within plant-based that are currently underserved by the products on the market, which is something we’re excited to tackle as a business,” she added, as first reported by KamCity.