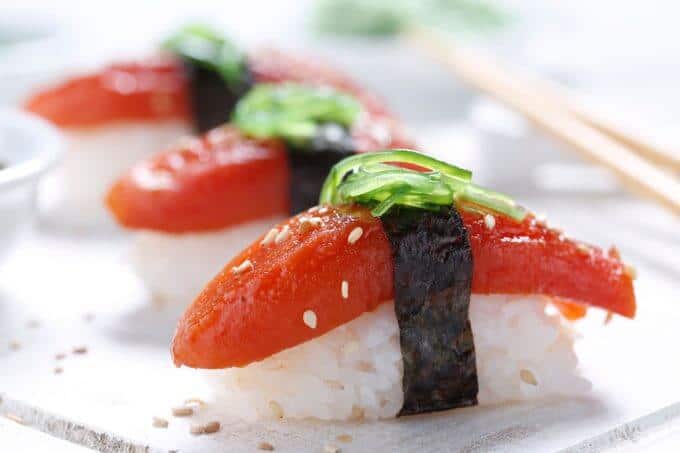 Eduardo Lobo, president of Brazilian seafood processors association ABIPESCA and a partner in Prime Seafood, continued, as quoted by Intra Fish: “You can’t call something by a name that it isn’t.

“This doesn’t exist…it’s tricking the public.”

Lobo was referring to Spanish brand Tunato, a plant-based tuna made from tomatoes produced by Mimic Seafood. The Brazilian seafood chief’s comments echo those of Santa Monica Seafoods CEO Roger O’Brien, who said plant-based seafood is a threat to the traditional industry in a 2020 IntraFish webinar. O’Brien took aim at the labeling of plant-based seafood, its nutritional qualities, and processing methods, as well as the fairness of competition.

With these comments, some players in the conventional seafood sector look set to emulate the failing tactics of Big Meat and Dairy, looking to censor plant-based products and some also resort to lobbying. The seafood industry still dwarfs the rising alt seafood movement but conventional seafood producers are becoming threatened, with 78% of consumers now keen to try alt seafood and issues of overfishing and plastic pollution forefront in consumer’s minds.

While these voices use their platforms to slam alt seafood due to their rising panic, the smarter bosses are starting to embrace the alternatives. Maiko Van Der Meer, for example, is a former CEO of a shrimp brand and a conventional seafood company, who decided to enter the alt seafood sector with Novish and now produces successful plant-based alternatives. Major global players like Thai Union have also invested heavily in the alternative sector, with Nestlé also producing vegan tuna, both savvy enough to realize that the tide may be turning.