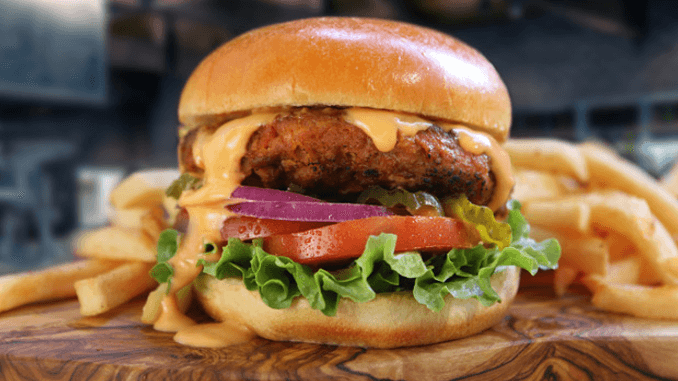 For years, there has been a disparity between the prices of vegan meats and conventional animal-based products. But now, there are signs that the tide is finally starting to turn. Most recently, US brand Before the Butcher has released a new line of burgers priced similarly to meat-based burgers.

Before the Butcher‘s Mainstream Plant-Based Patties are available to retail and foodservice providers at a low wholesale price, with a suggested retail price of under $1.40 per patty. In contrast, many plant-based burgers cost as much as $3 per patty. The company has managed to reduce costs by making slight changes to ingredients and packing in bulk.

Many people cite the comparative expense of plant-based products as a reason why they can’t go vegan. As a result, a growing number of companies are trying to address this problem.

Beyond Meat has repeatedly stated that it is aiming for price parity. Over the summer, it released a limited edition discount pack of burgers working out at $1.60 each. The company has said that it hopes to underprice animal protein by 2025. It is looking into alternative protein sources to help it cut costs.

In Canada, Beyond has just released a bulk pack of its Mild Italian sausages at 100 Costco stores across the country. The new pack reduces the price per sausage to CAD$1.67, making them significantly more affordable.

Beyond’s competitor Impossible Foods has also succeeded in dropping prices due to increasing economies of scale. The company says its goal has always been to “drive down prices through economies of scale, reach price parity, and then undercut the price of conventional ground beef from cows.”

Meanwhile, JUST Egg has lowered prices with the aim of becoming one of the most affordable plant-based proteins on the market.

In the wake of Covid-19, the price of conventional meat has soared in many areas, and sales of plant-based alternatives have risen due to health and environmental concerns. While vegan price parity may not yet be universal, it’s beginning to look inevitable that plant protein will underprice animal protein in the near future.

“More consumers clearly are interested in meat alternatives, but until now plant-based meats have had a price tag that doesn’t fit many family budgets. We are opening the category to a large new universe of purchasers that we expect to drive substantial new growth for alt-meat products,” says Danny O’Malley, Founder and President of Before the Butcher.