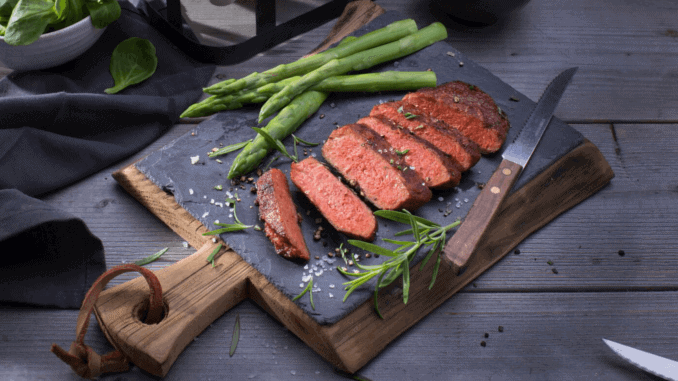 Major opportunities remain in meat and poultry, though not in the usual ways or for the usual players, according to U.S. Food Market Outlook 2019, a report by market research firm Packaged Facts.

Leading players have tried hard to innovate in meat and poultry with new and acquired products, using terminology such as grass-fed, free-range, and locally raised. Nevertheless, meat substitutes and alternatives have garnered much of the recent attention in the market, causing major producers to rethink their protein opportunities and take action.

The report estimates retail sales of meat substitutes at about $1 billion, with sales traditionally driven by vegans and vegetarians. “Major food industry players have taken notice of shifting consumer trends regarding protein sources, and are acquiring or investing in plant-based brands to strengthen their competitive edge,” says David Sprinkle, research director for Packaged Facts.

Lab-grown or cultured meat—produced by in vitro cultivation of animal cells rather than by the slaughter of animals—is cited in the report as being the next major market disruptor. In September 2018, producers agreed to use the term “cell-based meat” as opposed to “clean meat” to avoid controversy, however it is still referred to in a number of ways throughout the industry. Either way, looks like clean / cultured / lab meat could eventually disrupt animal products on a permanent basis.