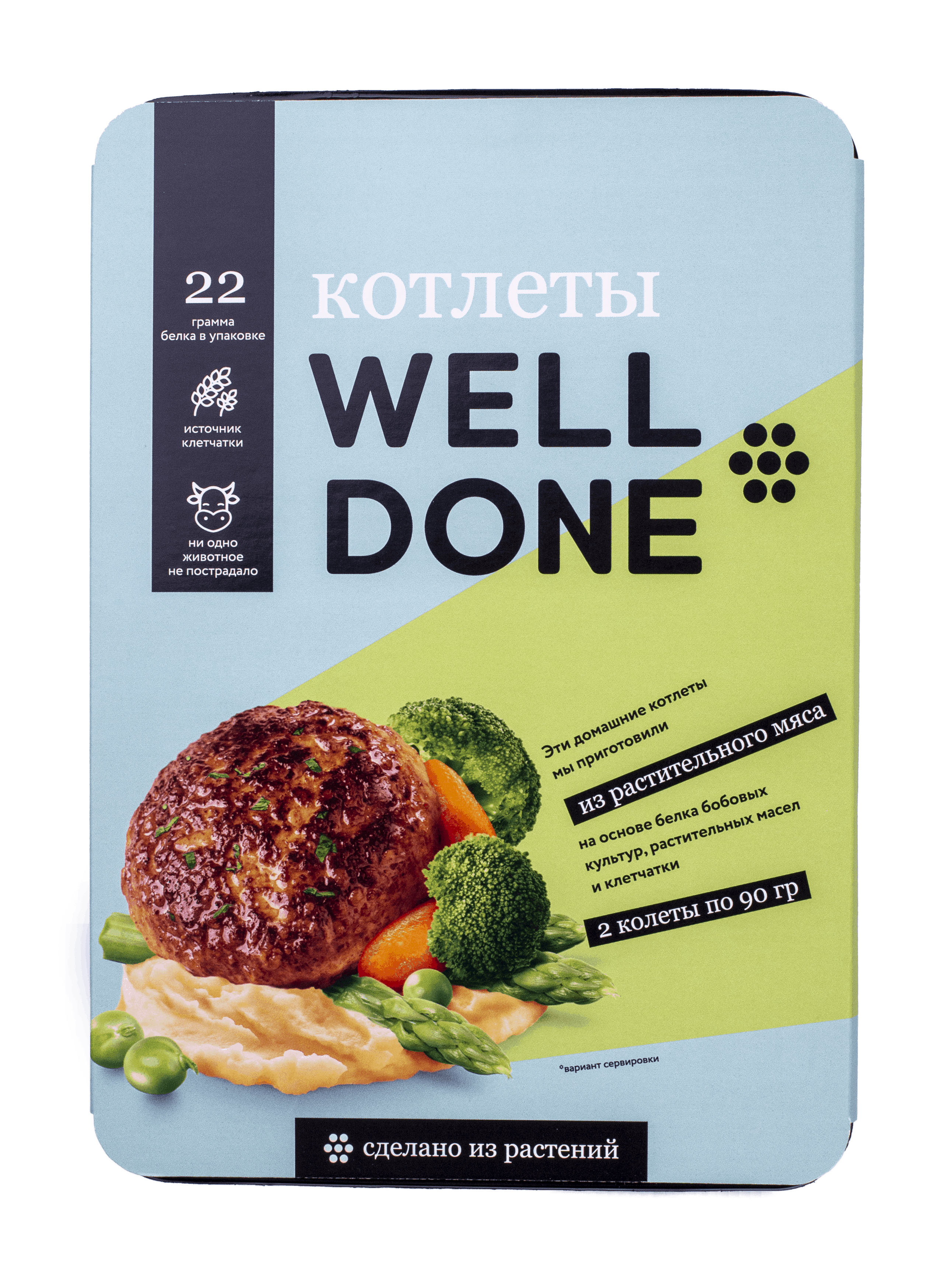 Last year we wrote that around 10% of Russians were already eating plant-based alternatives and 54% were willing to include them in their diet. A new study made by Eating Better shows new encouraging results.

According to the study, for a year and a half, residents of Russian cities began to consume meat and milk alternatives three times more often (the share of consumers in the “meat” category increased from 10% to 34%, in the “milk” category – from 9% to 31%). Such plant-based alternatives are in the greatest demand among young people and people with high incomes. Meanwhile, the majority (95%) of Russian citizens are aware of the availability of plant-based substitutes to meat and milk on the Russian market.

Health concerns are still the main reason why Russians are ready to include plant-based substitutes in their diets (56%). Consumers also value natural taste (49%) and lower price (33%) of the alternative products in comparison to their traditional counterparts. At the same time, the cost of plant-based analogues on the market remains quite high on average, meaning that meat and dairy alternatives are most often purchased by people with high incomes. Thanks to an increase in the number of local producers, prices are gradually decreasing. For example, the price of EFKO group plant-based burger patties is already close to the price of beef.

Meanwhile, environmental and ethical concerns are still the most unpopular topics among Russian consumers.

Interesting results were obtained with regard to the attractiveness of different labels. In 2020, the difference in attractiveness between “plant-based” and “vegan” labels was 6% (23% and 17%, respectively). However, the new study shows that the “100% plant-based product” label is more than 11 times more attractive than the “100% vegan” label (58% and 5%, respectively). The difference in the significantly increased positive perception of the “plant-based” label can be largely attributed to the fact that some of the largest producers of alternative products use “plant-based” rather than “vegan” terms and initially position their products not for a narrow niche of vegetarians and vegans, but for a wider circle of flexitarians:

“Made from plants. Made for everyone” is Greenwise‘s slogan.
“Taste of meat, benefit of plants” – the slogan of the EFKO Group brand “Hi!”
“It’s like meat, but made from plants” – says the Meatless company slogan.

The results showed that flexitarian culture is on the rise in Russia as well. 40% interviewed said that they began to eat significantly or moderately less meat products and 21% consumed less dairy products than a year ago. On the contrary,  just 6% of the respondents said that they started to eat more meat and 21% consumed more dairy during this period of time. Considering that the level of meat production in Russia in 2020 was higher than ever, such controversial results may be partly due to increasing meat exports to other countries and incorrect perception of the term significantly less.

At the same time, we can confidently say about the growth of plant-based products sales. “During the pandemic, we tripled our sales on average. I think the reason was not only the pandemic, which many people directly associate with the problem of consuming animal products, but also the organic growth of the market. Alternative products are becoming better and more accessible (both in terms of price and the number of locations where they can be purchased), which means that more and more people are becoming aware that products without animal ingredients are as good as conventional products in terms of both organoleptic characteristics and price”, said Artem Ponomarev, Greenwise CEO.

The entry of the new big companies into the alternative proteins space (for example, one of the biggest food producer Rusagro has recently announced it’s interest in producing meat alternatives), increase in the capacity of the existing companies, investment in start-ups and government support could lead to the future where more than half of Russians will be buying plant-based alternatives at least occasionally by the early 2023.