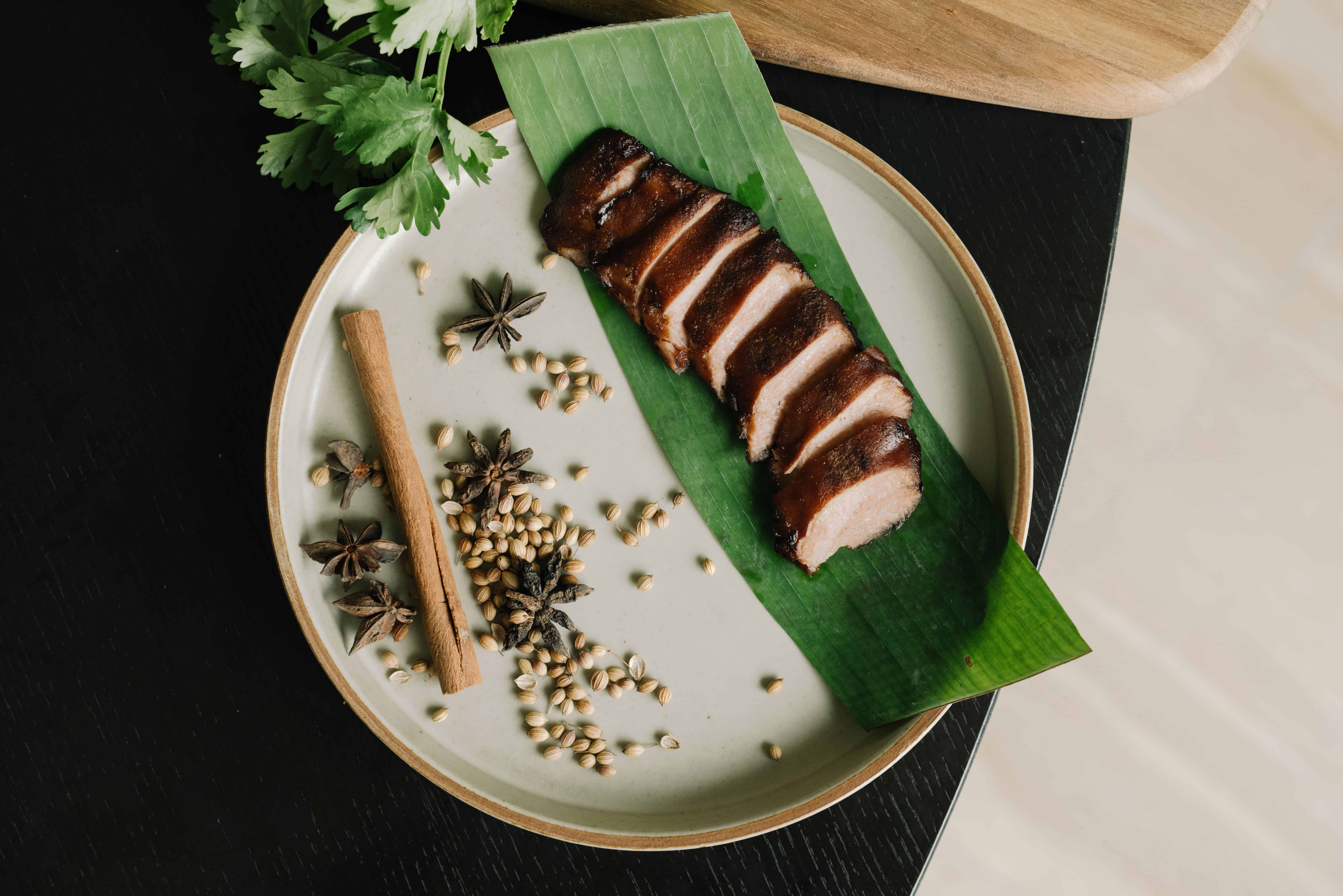 It’s all happening this week in Singapore’s alt protein scene. Here we touch upon current developments in the city-state from AFTEA, Shandi Global, UnMeat, and Meatiply.

Shandi Global yesterday announced the launch and the opening of what it claims to be Singapore’s largest plant-based chicken manufacturing facility following a second seed funding round. Shandi produces plant-based chicken products including patties, pieces, shreds, strips, and drumsticks.

Shandi claims the new facility will produce the “world’s first and only plant-based chicken product boasting 30% protein content,” and that it is the “only alternative meat supplier in the world with 5 food-technology patents”.

Agri-Food Tech Expo Asia (AFTEA) opens on 26 October as a key participating event of Singapore International Agri-Food Week and will be held at Sands Expo and Convention Centre Halls A and B.

Developed and manufactured by Century Pacific Food, Inc., one of the largest food companies in the Philippines, unMEAT states that it is set to take Singapore’s retail market by storm and that it is catering to growing consumer demand for a healthier diet following the pandemic. unMEAT is now available in NTUC FairPrice’s stores and online platform.

The products are created from a “specific blend of plant-based components combined with a high percentage of different meat cells,” according to the company.

“We developed a versatile platform that allows us to isolate and cultivate a variety of cells from different species. To date, we have developed prototypes with 3 different species, with at least 2 more in the pipeline. These 3 prototypes are just the beginning,” commented Dr. Jason Chua, Chief Scientific Officer and co-founder of Meatiply.