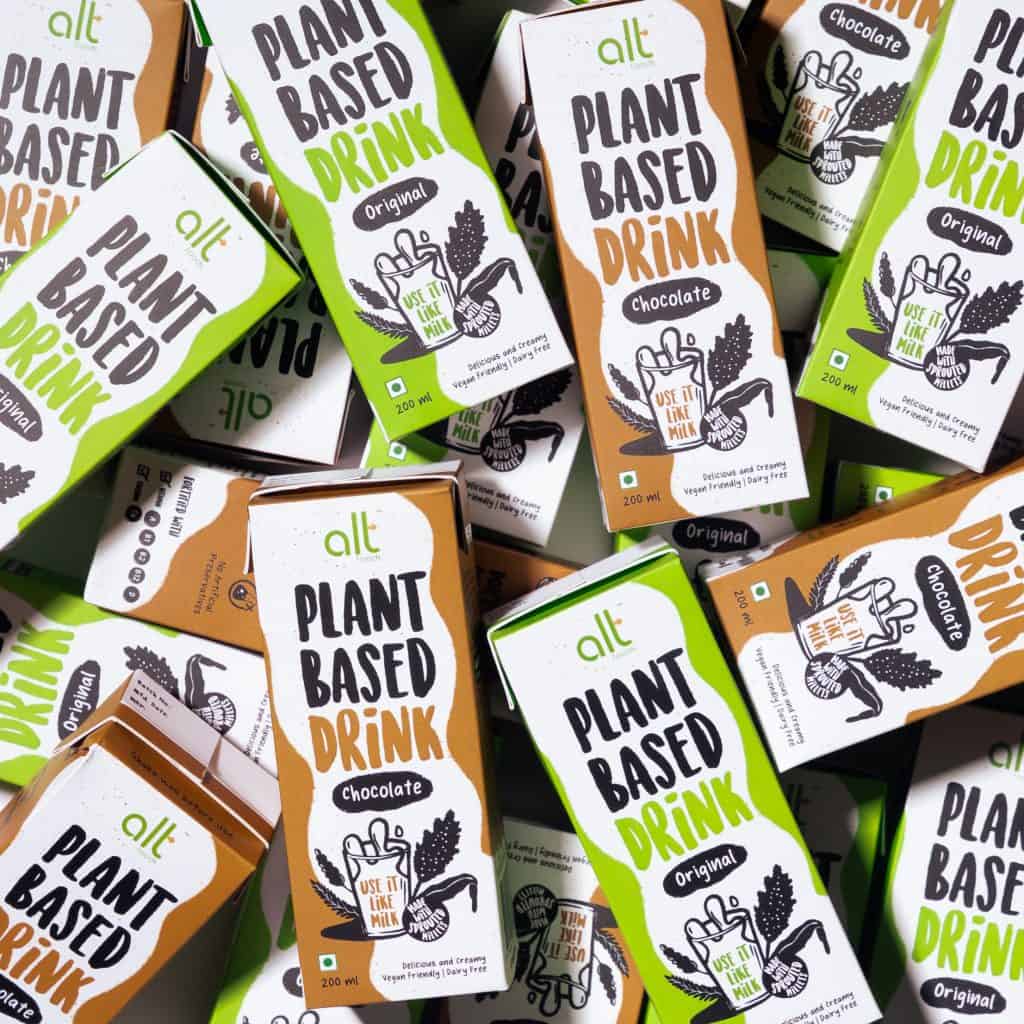 Here we take a look at some significant news — including a unique plant milk launch and a Series A of $5 million — taking place this week in India, where the alt-meat market is now worth $171 million with a CAGR of 8.5% expected through to 2025.

A new report by Kerry finds there is huge potential in the market for plant-based foods in India; since a third of Indians are vegetarian and 70% of the remaining two-thirds regularly consume plant proteins, the country is an ideal market for alt-meat products. Research shows that 41% of the population currently consume six or more types of plant protein, while 63% say they would be very likely to purchase plant-based meat on a regular basis.

As demand rises, launches of plant-based foods in India have skyrocketed. Brand new Indian startup alt foods this week launched a unique milk alternative made from sprouted sorghum, sprouted finger millets, amaranth, and oats. The milk is available in Original and Chocolate flavours.

Earlier this year, alt foods became the first alt-dairy startup in Asia to make it onto the ProVeg Incubator accelerator program. The brand plans to launch more flavours in early 2022.

“With exponential interest in plant-based diets, which is increasingly becoming evidence-driven, we are witnessing a huge shift in consumption where people have started to reject animal sources of food for plant-based sources instead,” said Co-founder Sweta Khandelwal.

It has been somewhat challenging for alt-milk to gain a foothold in India, as the country’s traditional diet relies heavily on dairy products. However, things are changing, with recent research suggesting there are huge growth opportunities in the Indian oat milk market.

Meanwhile, Indian plant-based nutraceutical brand Plix, which offers a range of wellness, workout, and weight loss products, has just raised $5 million in its Series A funding round. The company says it will use the funding to launch over 85 new products in the next 12 months.

“The vision with which we started the company has grown stronger, with the recent pandemic highlighting the importance of a plant-based diet for all-round health and well-being,” co-founder Rishubh Satiya told The Hindu BusinessLine.

However, many consumers in India are not satisfied with the plant-based products currently available. Imported products from the West often fail to cater to the Indian palate, and products developed for the Indian market — such as those by Blue Tribe — are still few and far between. Many of those surveyed say they would consume far more plant-based products if the quality was improved, indicating a gap in the market with considerable potential for growth.

“The numbers indicate a huge paradigm shift towards plant-based meat alternatives in India,” said Gunjan Pandey, Marketing Director for Kerry Southwest Asia. “While still at an early stage, this is fast catching up to the rest of the world, largely due to the fact there are already many vegetarians and vegetarian options in India. And while non-vegetarians prefer meat, they, along with vegetarians and vegans, are willing to try plant-based alternatives and experiment with its textures and flavours.”