With kind permission from researcher and data analyst Chris Bryant, what follows is a graphic depiction of the protein transition in the UK, where the number of vegans more than doubled in just three years.

“The UK is truly undergoing a protein transition away from animal products.“

The same paper showed average red meat consumption falling by more than a third from 37g/day to 24g/day over the same period. Fish consumption was fairly steady, while poultry consumption increased slightly. 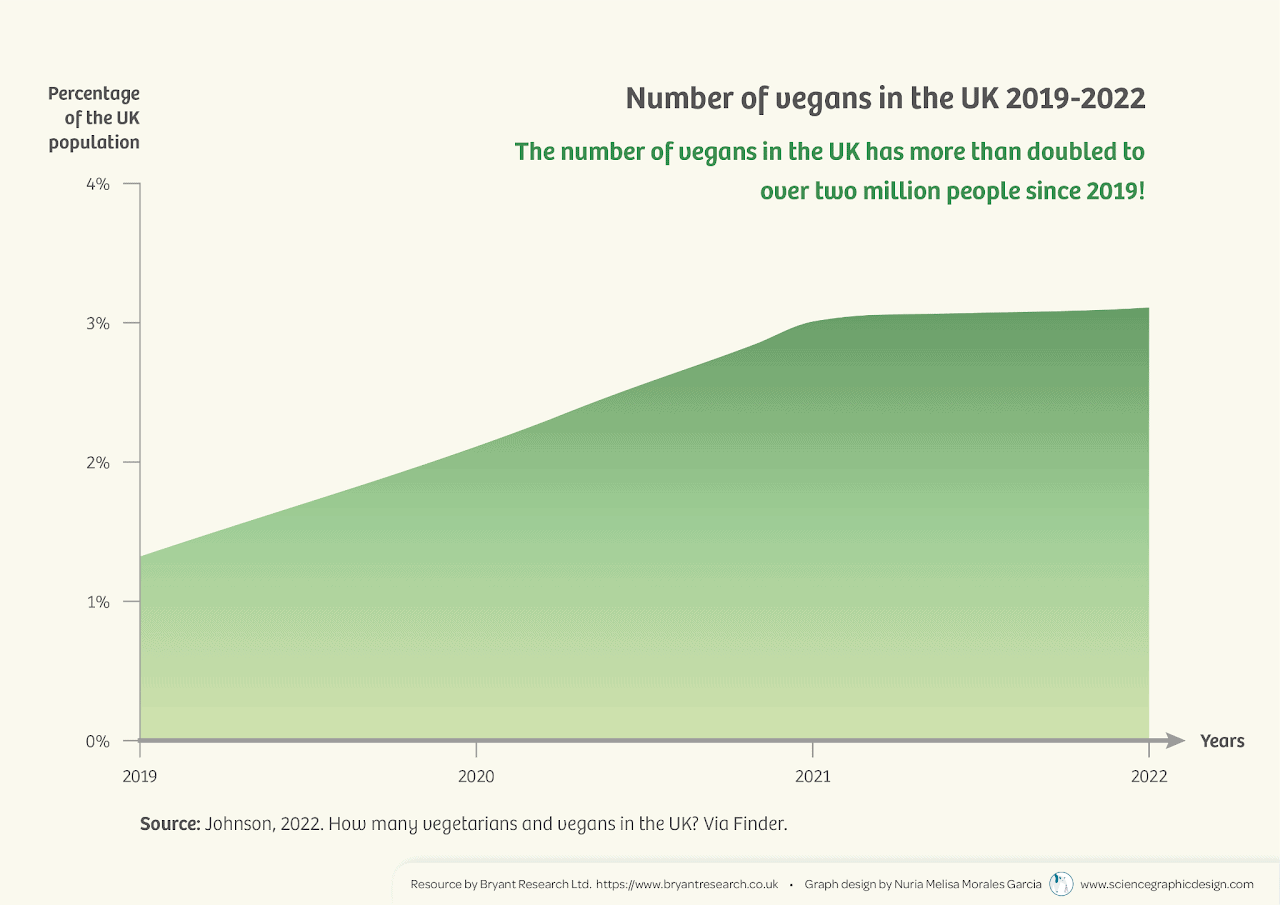 Data from Finder shows a dramatic increase in the proportion of the UK following a vegan diet since 2019. The figure has more than doubled to account for over 2 million Brits.

4. Sales of chilled vegetarian foods have increased exponentially since 2013 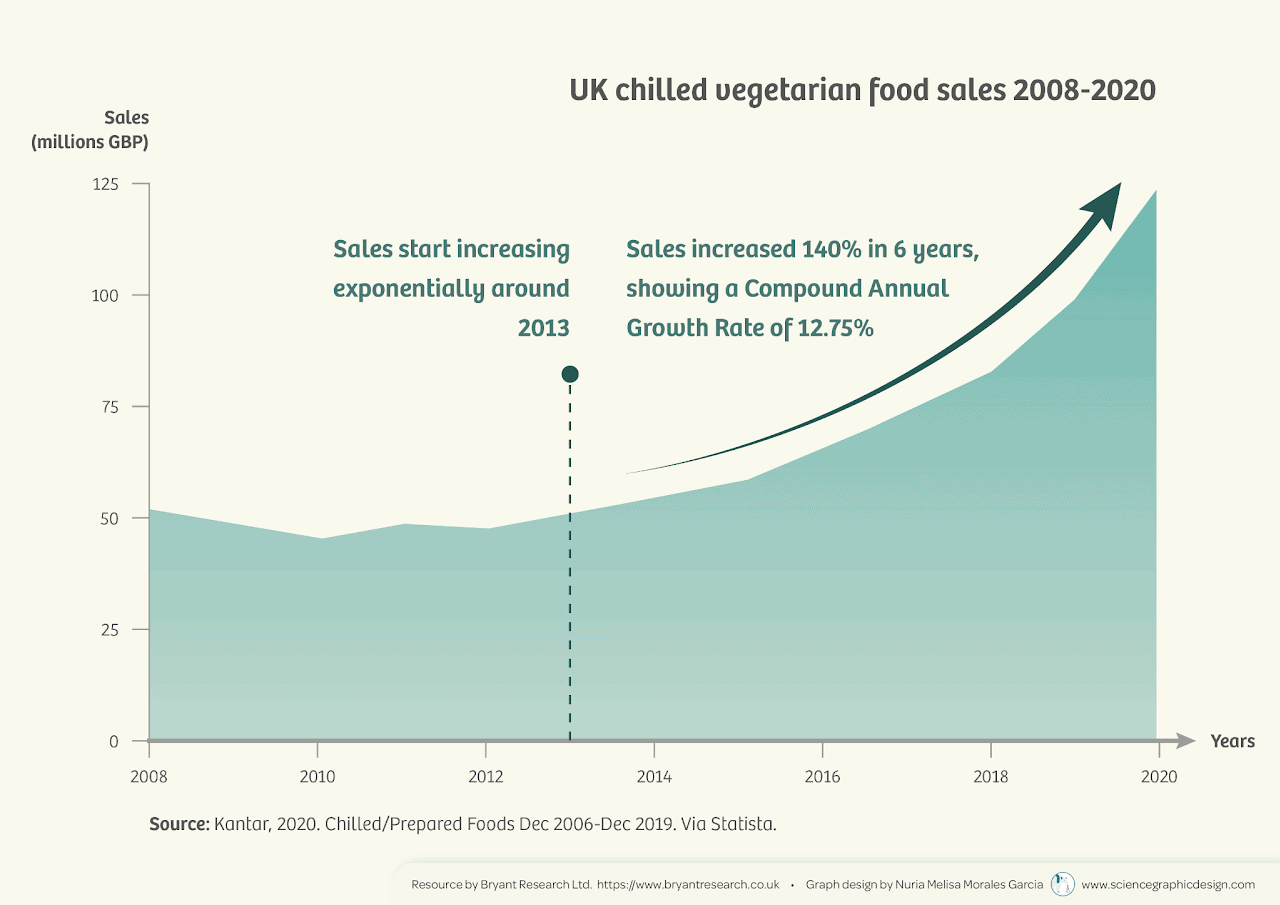 Researcher Chris Bryant commented to vegconomist: “We looked at a number of data sources to explore UK trends in consumption of meat and meat alternatives. While meat consumption has steadily declined over the last decade, sales of meat alternatives have increased exponentially, while the number of vegans more than doubled in just 3 years! The UK is truly undergoing a protein transition away from animal products.“

This data was compiled from various sources by Bryant Research Ltd, with graphs made by Science Graphic Design.