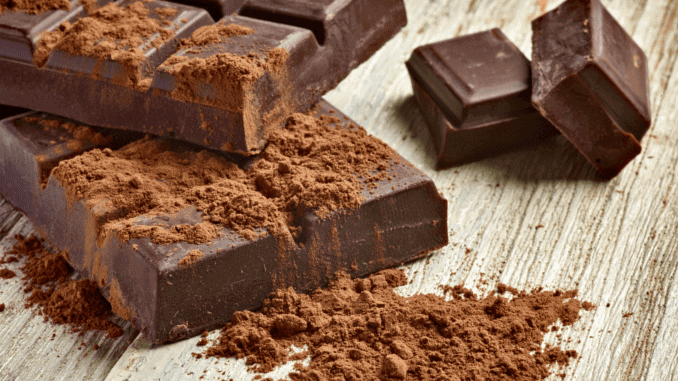 A growing interest in healthy lifestyle, in addition to increased awareness of animal cruelty and the environmental effects of agriculture, is said to be the driving force behind the growth of the vegan chocolate market which is set to continue. According to a recent market research report, vegan food is currently trending in the developed market which is driving the vegan chocolate market and projecting it into the mainstream.

Vegan chocolate, due to the fact that it is plant-based, is extremely low in both cholesterol and fat making it appeal to the health-conscious consumer. Cacao is also an excellent source of iron and magnesium. Since 75% of the population are lactose intolerant, the growth was also attributed to people seeking lactose-free confectionary options. In addition, the new flavours of vegan chocolate becoming available on the market were also identified as part of the growth.

The distribution of the vegan chocolate marked was segmented into: supermarkets, convenience stores, specialty stores, grocery stores and online retailing, with online retailing seeing the highest growth in the forecast period due to the trend amongst young people of purchasing goods online. In terms of end-users, the market was divided into: household; industrial; and restaurants, bars and hotels. Household was expected to see the greater share in the forecast due to current trends in health and wellness.