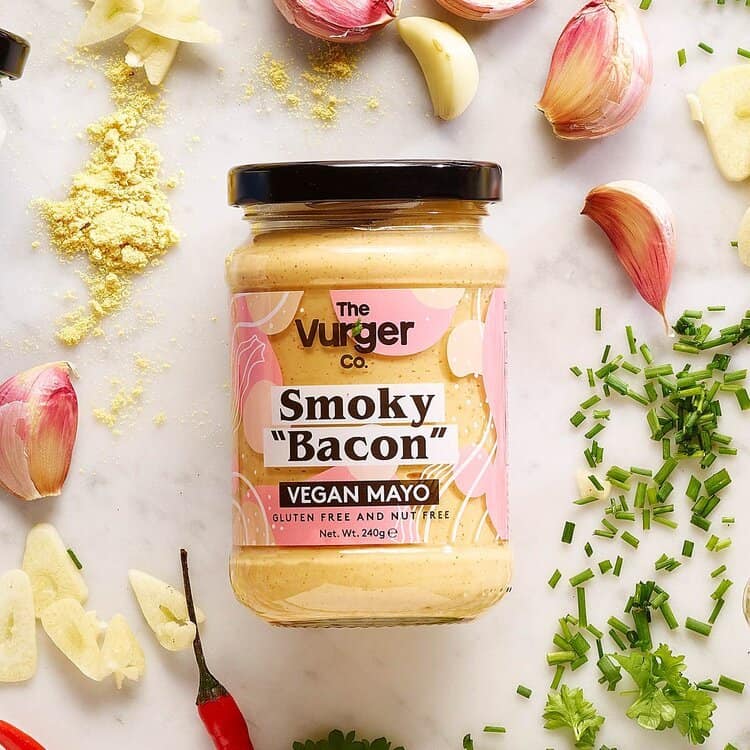 Vegan mayonnaise is continuing to thrive (projected CAGR of 8.1% to 2027) as young consumers globally make conscious purchasing choices and consumers become increasingly aware of health and environmental issues around eggs and dairy.

Here we take a look at some of the key moves and innovations in vegan mayo around the world.

When mayo turns into eggs

Famously, Hampton Creek stormed the US market with its mayo around 2014 then rebranded and refocused to JUST Egg in 2017 after a well-documented corporate scandal, after which the popular Just Mayo became unavailable. The company evolved into Eat Just where it now focuses on both the JUST Egg and its cultivated arm GOOD Meat, which recently became the most funded cell-cultured company with a total of $267M raised in total.

German company KRÖNER-STÄRKE announced its own vegan mayo solution for food manufacturers, and chickpea specialist has ChickP launched its proprietary isolate used as a one-to-one replacement for egg yolk.

Chilean Unicorn NotCo offers a range of NotMayo created from chickpeas in Original and Garlic which will inevitably roll out into the US market where the company continues to trend. Further movement in the plant-based space can be expected following the recent Kraft Heinz and NotCo joint venture.

The Vurger’s line of vegan condiments has seen huge success, and this week founder Rachel Hugh announced that The Vurger‘s Smoky Bacon mayo was awarded the top pick of the vegan condiments list in London’s Evening Standard.

Hellmann’s was one of the first mainstream movers in the global vegan mayo market as its parent company, Unilever, expanded its plant-based food and drink strategy across the world. One of the largest FMCG companies in the world, Unilever is expected to surpass €1 billion in plant-based sales within 5 to 7 years, partly due to the success of the mayonnaise.

The producer of the original Vegenaise, Follow Your Heart, was last year acquired by Danone North America, joining the multinational’s plant-based brand portfolio of brands like Alpro, Silk and So Delicious Dairy Free. The Follow Your Heart brand now also operates in the alt dairy market, as Danone aims to reach €5 billion in plant-based sales by 2025.

“Here at Heinz, we have long believed in the power of plants, and many of the Heinz varieties you know and love are already vegan,” said Heinz Sauces Brand Manager Maria Perez. “As more and more of the country is tucking into flexitarian, vegetarian, plant-based and vegan meals, we wanted to make sure you can still enjoy the same great taste of Heinz you know and love, in new plant-based recipes.”