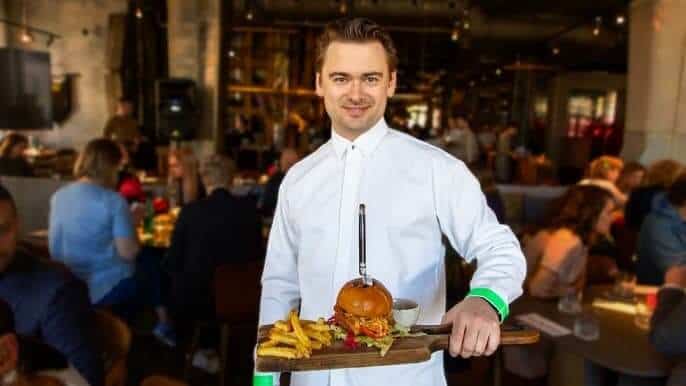 In April 2019, Russian fine-dining restaurant chain White Rabbit Family started to import Beyond Meat. It opened a new chapter of interest in plant-based alternatives in the country. What happened in this category during this year and a half and what does the new research show about the attitude of Russians to meat alternatives?

According to the Eating Better project research (1) 54% of Russians are ready to include plant-based meat alternatives into their diet. The greatest demand for such products is among young people. At the same time, today only 10% of Russians eat such products. It shows great potential for further development in this area, as the share of meat substitutes is currently less than 1% of the total meat market.

Interesting fact — environmental concerns connected with meat production are very weak in Russia compared to many Western Europe countries. Only 4% of people said that they are willing to eat alternatives due to the negative impact on the environment.

Another research made by EFKO company and T.G.I. Friday’s (2) showed even better results: 61% of parents are willing to feed plant-based meat to their children. Meanwhile, 25% are ready to drop meat completely where prices and availability of plant-based alternatives in supermarkets near their households are the same as for meat.

According to this study, almost half of Russians do not believe that the environmental impact of plant-based products is lower than of meat production. This shows again a big lack of knowledge of this topic in Russia. More and more restaurant chains are starting to talk about environmental issues, but mostly it is all about reducing the use of plastic and wood waste. It’s encouraging that international companies like Starbucks and IKEA started to promote the importance of animal products reduction to fight against climate change. We are looking forward to Russian companies getting involved as well!

Skrepka’s payment service research (3) gave us hope: Generation Z more than others are willing to buy environmentally friendly products and they buy less than 27% meat than Generations Y and X.

But what can they eat? Beyond Meat is pretty expensive in Russia where purchasing power is 6-8 times less than in the US. Fortunately, when this brand’s sales started in the country, it caused increasing interest in alternatives among traditional producers of such products as mayo (brands Hi! by EFKO group and WellDone) and meat producers as well. At least three meat producers (Naro-Fominsk meat company, Kotletar and Ukraine) launched their lines of plant-based meat last year which increased its availability as these companies started to sell their products in several big retail chains.