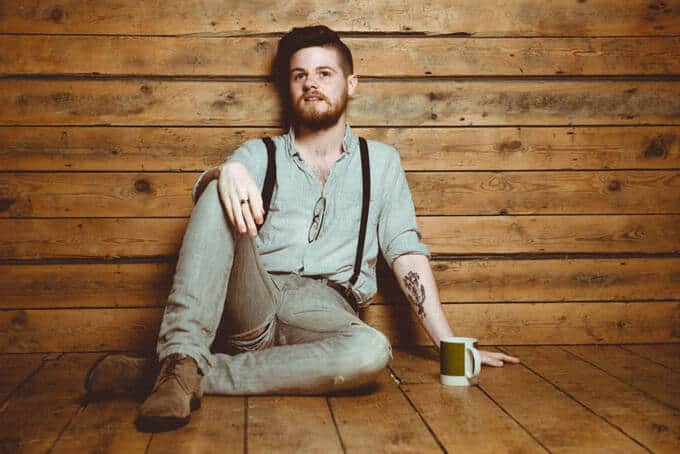 Understanding how people make decisions is hugely valuable to business, which is why consumer science is the secret tool of most of the globe’s major corporations. For vegan business to continue taking an ever-bigger market share, they must act with all the power and knowledge of the biggest companies on the planet.

Here, blogger James Odene from User-Friendly, offers his insight into the world of consumer science and how optimising language and content can influence customer choices.

It is said that we have to make somewhere in the region of 2,500 and 10,000 decisions every day. That’s a lot of brainpower. To make this easier our trusty grey matter has a multitude of shortcuts to take away some of the burden. The downside to this is that most of the time the shortcuts miss out the logical and rational parts of our decision-making process. And the sweetener? We often don’t even realise that we’ve missed this part out. Understanding these decision-making processes could create huge business uplift with simple changes in your communication strategies.

Let’s take a look at 5 ways your brain is doing brilliant and yet often illogical leaps in decision-making.

1. French music can make you more likely to buy French wine. When marketing a product, it is always good to consider the wider context of your marketing. It’s not just the marketing itself that will influence consumer behaviour, even the smallest things can have a big impact.

Research in 1997 discovered that changing the background music in a supermarket primed the customer to prefer certain wines. The research played ‘notionally’ French or German music whilst people were shopping and the results are quite surprising. When French music was played, French wine outsold German wine five to one. When German music was played, the bias flipped, and German wine outsold French wine.

The takeaway here is trying to keep a wide context focus when considering your marketing and communications as this may play a bigger role in how successful you are at moving consumers to act. I recently saw a poster advertising a swanky new café on a bashed-up bin – enjoying a posh latte and croissant isn’t the first thing that comes to mind when looking at an old bin!

2. You’ll often take the default option, whatever it is. There are many examples of the default option being the most chosen, such as the difference in the percentage of people on donor lists across Europe whether it’s optin or opt-out, and the propensity to choosing a medium-sized refreshment or snack.

A study which shifted the sizes of drinks at a cinema discovered that the actual size of drinks played little relevance to the size that people ordered. Opting for extremeness avoidance, people chose the ‘socially risk-averse’ middle option even though that was now the size of what was previously the largest drink. Shifting the sizes alone lead to a 15% increase in consumption.

The more default a decision becomes, the more it is likely to be chosen. Therefore, placing your product, brand or desired action as the obvious default choice could pay back dividends.

Of course, creating a ‘vegan world’ where everyone chooses a vegan diet as the default diet is the ultimate goal, however perhaps shifting the choice architecture or product placement to making them the default will help make this a reality, one person and one product at a time. Imagine if the major café chains offered plantmilk as default, how many people would really ask for dairy?

3. Sometimes taste isn’t everything. When it comes to consumerism, logic is often further away than companies may think. Marketing 101 says create a good product, with a good price point and then tell the consumers about all the great USPs. Consumer science says something very different.

Red Bull was released as a competitor to Coca-Cola. And throwing marketing 101 to the wind, it is expensive, comes in a small portion and failed all taste tests, with most people saying that it tasted awful. It also had a small media ‘storm’ that suggested that one of the drink’s ingredients was going to be banned. In quirky consumer science terms, Red Bull is a global success because of all of the above, not despite.

Much the same as tablets that are coloured red and medicines tasting slightly bad working better (placebo effect), the taste and small portion of the drink remarks, this is really serious energy-boosting stuff, so don’t have too much of it.

Such is the power of the placebo effect of Red Bull it has been shown to increase risk-taking behaviour and boost confidence during an experiment whereby groups were all offered the same drink, with only one group knowing that the drink contained Red Bull.

The warning here is to be mindful about being too bound by logic as the only guidance where consumer science may have more value to add in creating a successful brand or product.

4. We are better ‘behaved’ when being watched, even by just a picture of eyes. Social compliance is flexible by a variety of factors, with being observed playing a part. An experiment was conducted within a University that tested the money offered to an honesty box for teas and coffees when either a picture of flowers or eyes were displayed in the kitchen area. Conducted over ten weeks, the pictures were changed each week between one of flowers and one of someone looking directly out as if they were looking you in the eye.

The results show that people paid near three times (2.76x) as much into the honesty box when the eyes image was displayed compared to the control flower image.

Perhaps the carrying implication here is that you may be able to increase compliance to make better altruistic choices by increasing the presence (or perceived presence) of an observing moral society as well as ensuring that a plant-based diet and its products remain signifiers of ethical and sustainable living.

5. Descriptive language can be very powerful. The debate on whether vegan or plant-based is better is ongoing but one certain thing is that language choice can have a big impact. One challenge of products in the vegan/plant-based market is the tendency to define them by what they don’t contain, ‘meat-free’, ‘chicken-less’, ‘meatless’, ‘dairy-free’. For this reason, I think Beyond Meat is a brilliant name as it circumvents this challenge and presupposes that the product is perhaps better than meat – meat but better.

The power of language was shown during an experiment run by Sainsbury’s. They changed the name of their ‘Meat-Free Sausage and Mash’ meal in their cafes to a selection of other names for three months during 2017. Of the names they used, ‘Cumberland-Spiced Veggie Sausage & Mash’ was the most successful, achieving a 76% increase in sales. This is a huge difference, and all down to something so simple as changing the language.

The World Resources Institute, who reference this in their recent paper, ‘It’s All in a Name: How to Boost the Sales of Plant-Based Menu Items’ suggest that to optimise product sales the big no-nos are ‘meat-free’, ‘vegan’ or ‘vegetarian’ and instead suggest keeping the language focused on the positive tastes and experience of the product.

User-Friendly: the online platform that shares consumer data as business advantage for the vegan movement

Using consumer insight, which is based on years of research, offers businesses and organisations the potential of huge uplifts in sales, donations and loyalty. The best news is that the changes are so often very cheap and easy to implement. This is why User-Friendly is dedicated to bringing consumer science to farmed animal and vegan businesses and NGOs. The biggest and most successful corporations are using this stuff, and so to keep the share of the market and grow competitiveness, we need to so as well.