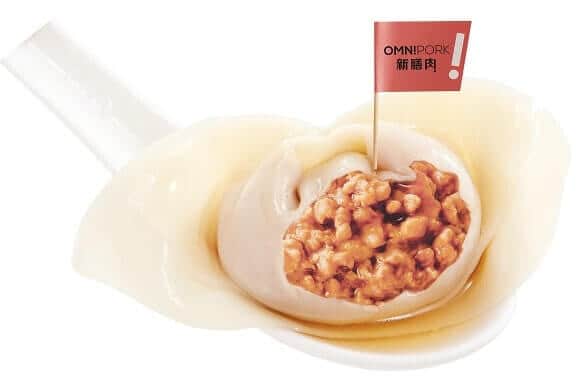 As reported by South China Morning Post on Monday, persistent supply disruptions have caused food prices to rise by 13.2% and pork prices are particularly affected, increasing by 85.7% year-on-year, revealing the fragility of the animal meat-based food industry.  Serendipitously, we here report extremely encouraging news from OmniFoods.

Pork is a staple food in China and is consumed daily by 60% of the population, giving it the greatest influence on the Consumer Price Index (CPI). In 2019, Pork had a share of 30% of the country’s record inflation of 2,9%. Last month, pork prices increased by 85.7% year-on-year, expanding 10.3% from June alone, as confirmed by new data from the National Bureau of Statistics.

Meanwhile, OmniFoods shows no signs of slowing down its reign of success with the rollout of Omnipork products around Hong Kong, mainland China, and the rest of Asia. It is revealed that fast food chain JiXiang Wonton, a household name across the country, has added vegan Omnipork dumplings to menus across 500 locations in Shanghai.

At the present time, it seems more pertinent than ever to focus on the emergence of plant-based industry in China, and encouragingly the number of vegetarians has exceeded 50 million and is growing rapidly. As we reported,  consumer acceptance is at 62.4% in Asia for alternative proteins. We will continue to report on Asia and especially China as an important part of the change in the world which we all hope for and are working towards.