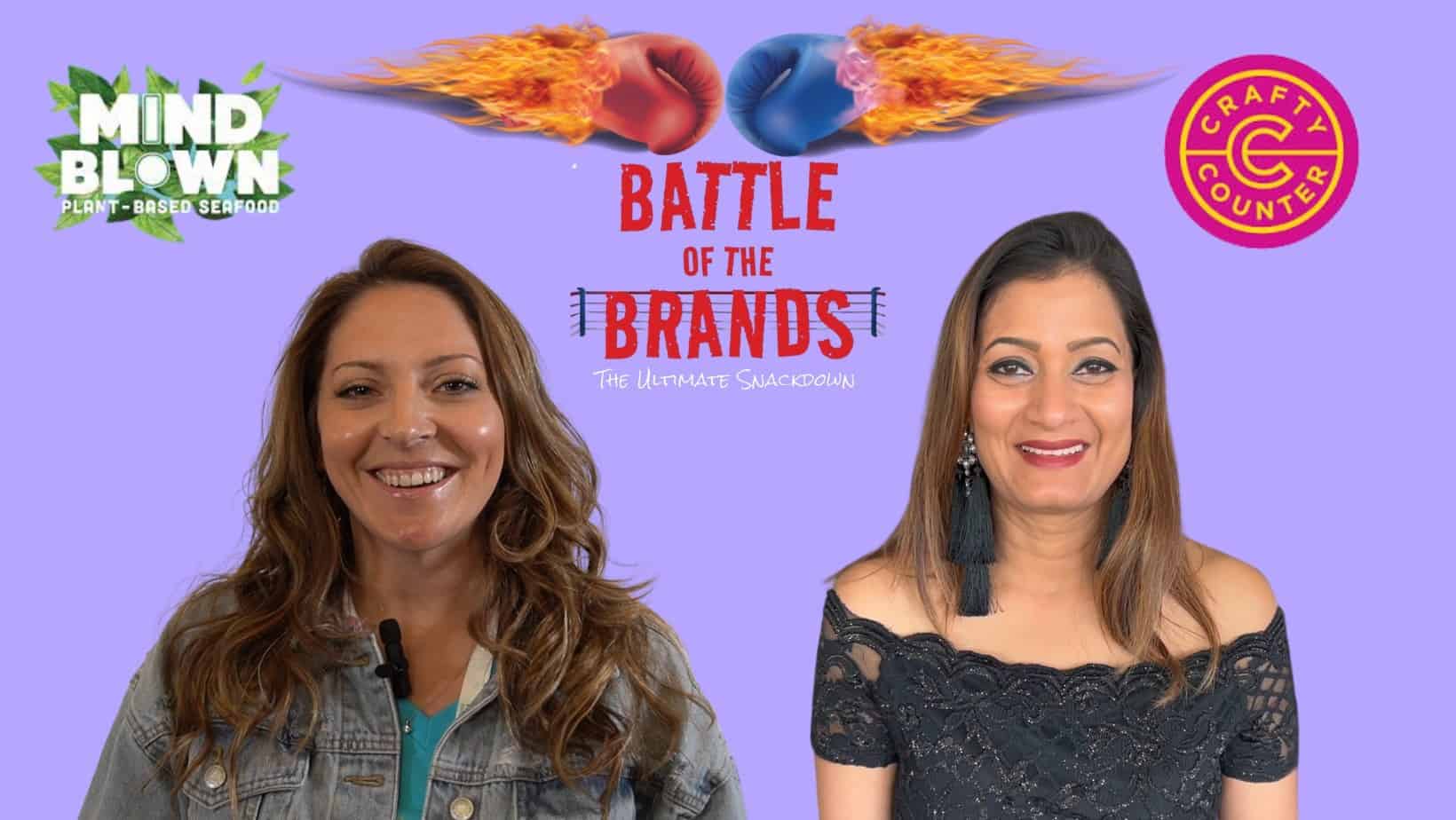 ©Better For You Media

Plant-based brands Crafty Counter and Mindblown Seafood are competing for new investment funds and a chance to grow their companies in Battle of the Brands, a production by Better for You Media.

“This week we see a matchup of two very motivated, women-led teams who have carved out really great spaces for growth and innovation”

In Battle of the Brands, two better-for-you food companies square off against each other during two-minute audition trailers. The competitors are paired off according to their “weight class”, which compares key characteristics such as company sales data, founding story, or social media audience size.

Each week, the competing brands’ fanbases have a chance to vote for their favorite; the brand that receives the most votes earns the right to appear in a full episode of Season 1 of Behind the Wrapper, a how-its-made show hosted by legendary television host Marc Summers.

The winning brand also earns a chance to secure funding from investors and sell on a direct-to-consumer, QVC-style home shopping show.

During the week of Aug. 22 – 28th, Crafty Counter founder Hema Reddy will be facing off against Mindblown Seafood’s mother-daughter team Shelley Van Cleave and Monica Talbert for the top prize. Crafty Counter is the creator of WunderEggs, the first ready-to-eat vegan boiled eggs. WunderEggs are currently available at more than 300 retailers across the US, including dozens of Target locations.

Mindblown Seafood produces an award-winning line of plant-based shrimp, scallops, crabcakes, and other seafood offerings. Now available at Sprouts Markets and select Publix locations, the company has gained investments and support from celebrity chefs such as Tom Colicchio and Spike Mendelsohn.

“This week we see a matchup of two very motivated, women-led teams who have carved out really great spaces for growth and innovation,” says Summers. “Both Crafty Counter and Mind Blown have consistently grown their product line and brand awareness in big ways in a short time and are on track for major success.”