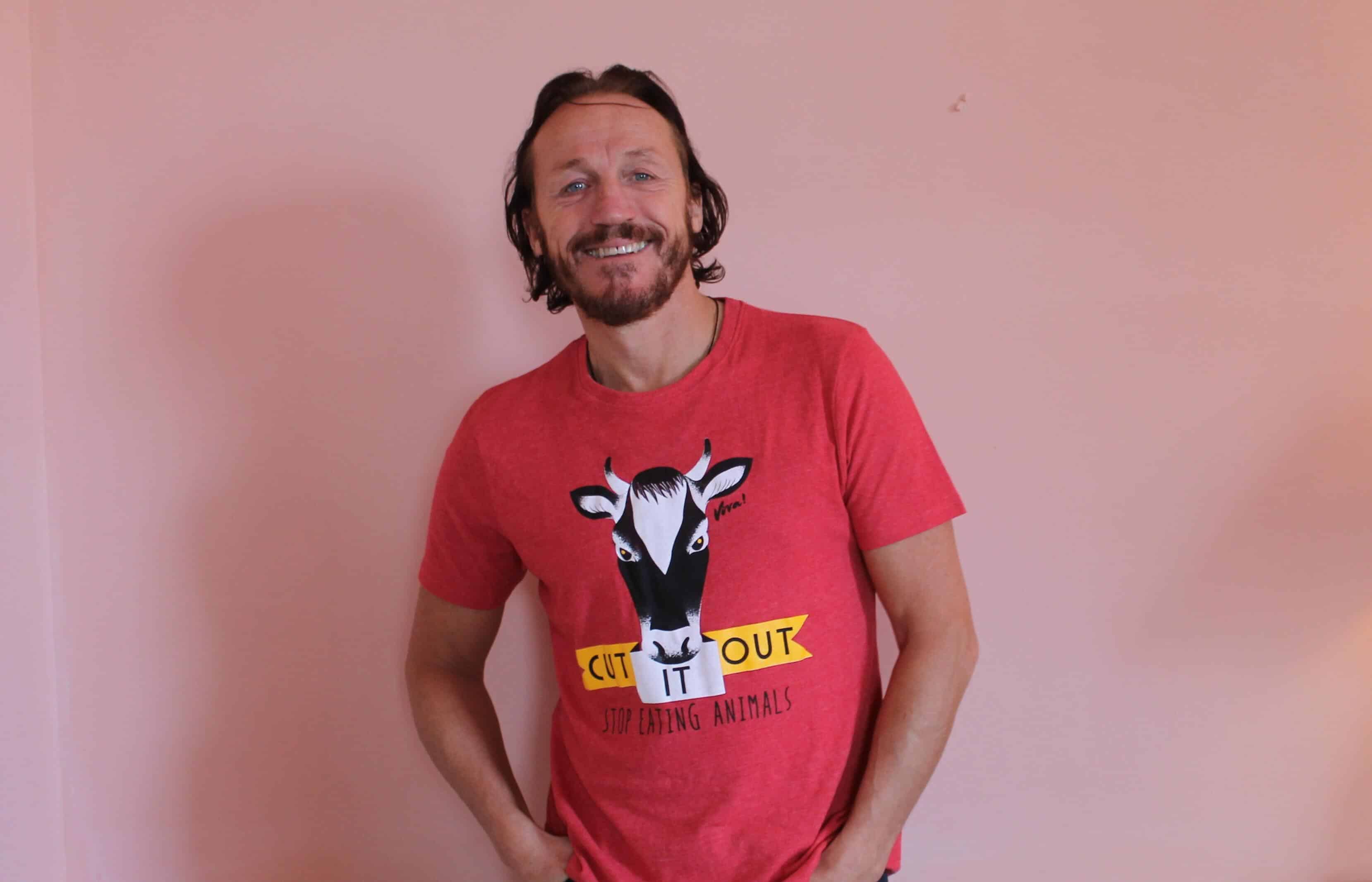 Game of Thrones actor Jerome Flynn has spoken out for veganism and against animal cruelty in farming practices. In this video made for animal right organisation PETA, Flynn talks about the intense suffering of animals and asks everybody to join him by rejecting cruelty and live vegan.

“Virtually none of the intelligent, sensitive animals raised for food in Britain or overseas will ever be allowed to breathe fresh air, feel the warmth of the sun on their backs, root in the soil, peck around in the grass, or do anything else that would make their lives natural or worth living at all,” Flynn says in the video.

“Their lives are miserable from the moment they are born until the day the lorries arrive to take them to slaughter. Yes, at the end of all this suffering, they are hauled off to the abattoir, where the sights and smells of blood and entrails are stomach-turning.”

In a second video Flynn talks about his personal experience of becoming vegan, how it changed him for the better, and his hopes that humanity is going to start treating animals in the way that they deserve.