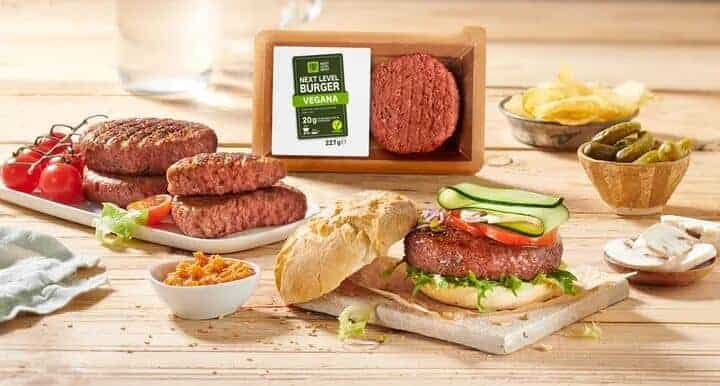 Last year, Lidl launched its own label Next Level Burger into stores across Spain, making it the only Spanish supermarket to produce its own vegan meat. In Spain, Lidl now offers a full range of Next Level products including sausages, beef style burgers, chicken style burgers, ground beef, and chicken fillets. In many stores the products are so popular that they are often sold out.

As we reported last month, the annual growth of plant-based food in Spain will be 6.7% and will exceed 521 million euros in 2023, and this progression is most noticeable in the supermarket aisle, where meat alternatives are becoming increasingly prominent. Last year, meat giant Campofrio launched a plantbased burger and Spanish meat processing giant Noel Alimentaria also launched a vegan veal vegan chorizo into the traditionally meat-heavy country.

To ride the zeitgeist, Lidl is now launching a series of TV ads for the Next Level meat substitutes, which the company claims cost half as much as the Beyond Meat burger.

In a satirical tone, the ads refer to “vegaltonics”, a fictional concept describing people who eat its vegan products that taste like meat.
In the words of the discount supermarket giant, “Lidl positions itself as the first supermarket to have a ‘meat that is not meat’ burger among its own-brand products, democratising its pricing to respond to the needs and trends of consumers and the market.”