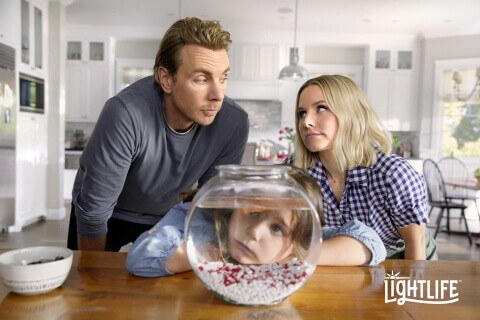 Lightlife, Greenleaf Foods, SPC’s plant-based brand, has grown its portfolio to span a wide selection of plant-based proteins, including burgers, dogs, grounds, sausages, chicken, and tempeh. Lightlife is on grocery store shelves across the US and Canada.

“Dax and I believe that honesty is the best policy—in parenting and with food,” said actress Kristen Bell. “As a flexitarian household, we’re excited to partner with Lightlife to celebrate their plant-based burger that tastes so good we don’t have to lie to our kids about it!”

“Partnering with Kristen and Dax is a significant moment for the brand,” said Michael Lenahan, Vice President of Marketing at Greenleaf Foods, SPC. “As America’s most honest, relatable, and fun-loving celebrity couple, they share Lightlife’s core brand values. This campaign underscores our commitment to empowering families and inspiring honest conversations about food around the dinner table.”

“At Lightlife, we believe that plant-based proteins are for everyone—whether you’re a vegetarian, flexitarian, or a meat-eater simply looking for more protein options,” said Dan Curtin, President, and CEO of Greenleaf Foods, SPC. “We often hear from parents that their entire family loves the taste of Lightlife, and parents love serving nutritious, plant-based foods.”