The British Advertising Standards Agency (ASA) has ruled that four environmental claims made by Oatly in past advertisements were “misleading”. Complaints were made about some of the company’s newspaper, social media, and television ads.

In one instance, Oatly claimed that “climate experts say cutting dairy and meat products from our diets is the single biggest lifestyle change we can make to reduce our environmental impact”. However, the ASA ruled that this misled consumers into thinking there was a consensus among experts, when in reality the claim was based on the opinion of a single researcher. Following the ruling, Oatly has been ordered not to repeat the advertisements.

Complaints were also made about Oatly’s claim that the food industry’s emissions would be reduced by 49% if everyone went vegan, but this complaint was not upheld as the ASA ruled there was good evidence to support the statistic.

Oatly is well-known for its outspoken approach to marketing, with its ads often referencing the negative environmental and health effects of animal products. The company also uses unusual tongue-in-cheek tactics, such as the hypnotic spirals and pendulums featured in TV ads developed by the “Oatly Department of Mind Control”.

However, the brand’s latest and biggest campaign — a five-part miniseries called “The New NORM&AL Show” — takes a softer approach, featuring puppets who are trying to transition to a plant-based diet. The nonjudgemental campaign emphasises that it’s completely acceptable to cut down on animal products without going fully vegan.

As one puppet sings, “If you go plant-based I’ll eat with you and if you happen to cheat, well… that’s cool too!” 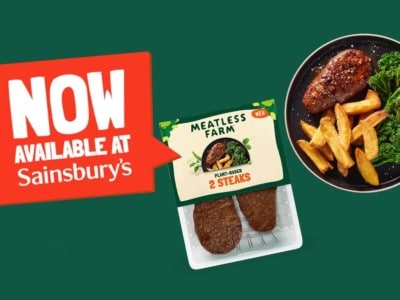