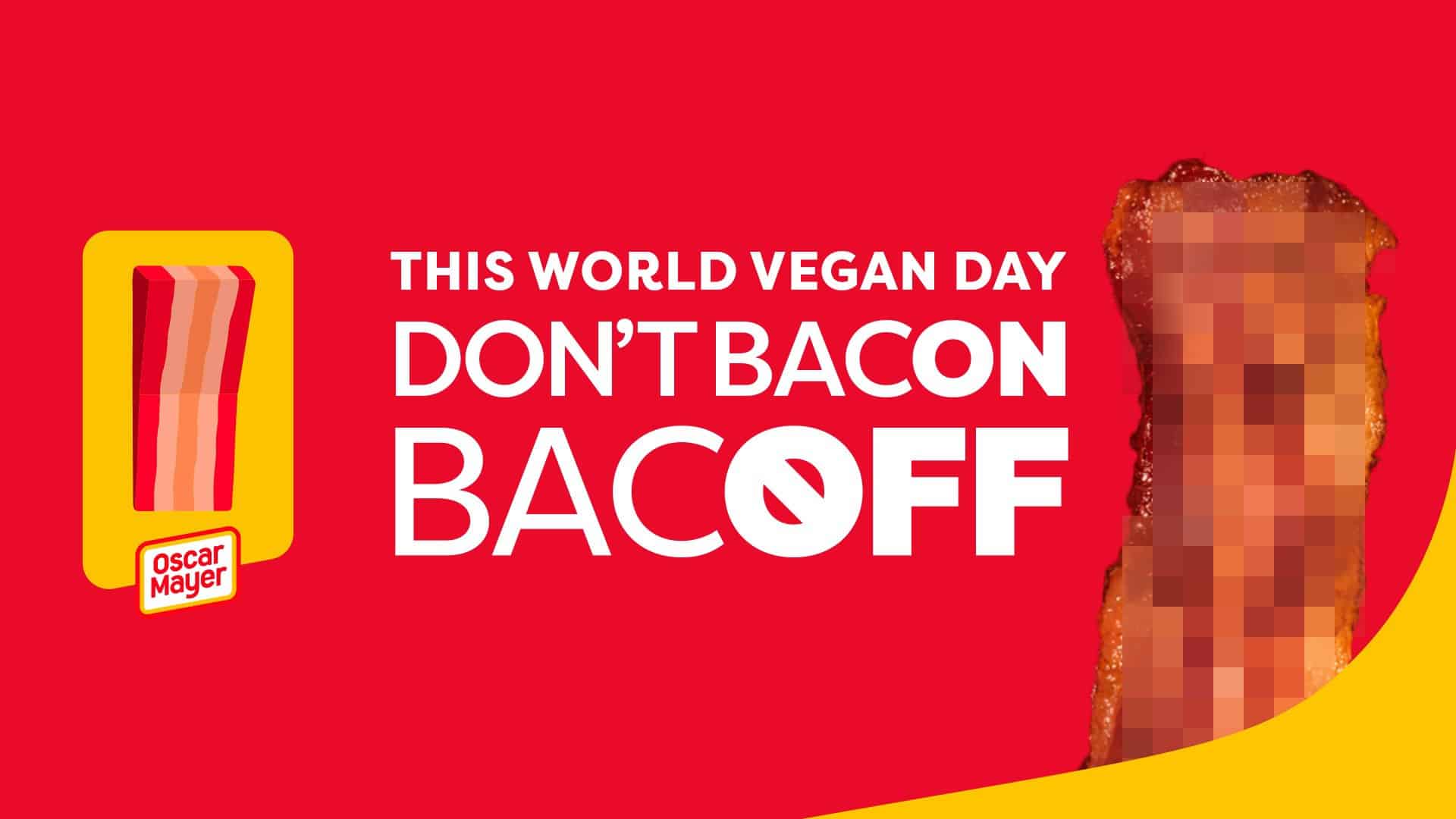 Oscar Mayer, a US brand belonging to Kraft Heinz and famous for its processed meats, has launched a PR campaign called “BacOFF,” inviting Americans to quit bacon for World Vegan Day on Nov 1st. And the prize? A lifetime of free bacon. Yep. Animal bacon.

The Chicago based meat producer known for its cold cuts, hot dogs, bologna, bacon, ham, and Lunchables products, claims that 63% of vegans wish they could eat bacon and 56% of vegans admit that the taste of animal bacon is tempting to them.

The brand claims it will help to “reduce temptation and do its part by removing all bacon from paid media, and censoring, blurring and removing bacon from its social media”, and as part of the campaign, fans must post a comment on Oscar Mayer’s Facebook or Instagram, in order to win an entire lifetime’s supply of bacon. We just checked, and it’s not April 1st.

“Deliciously tempting bacon, smoked with real wood smoke for 12 hours, can be tough for those who wish to give up meat,” said Anne Field, Head of North American Brand Communications, Oscar Mayer, Kraft Heinz Company.

“That’s why we’re doing our part to celebrate World Vegan Day by removing the bacon-y temptation our advertising creates and rewarding those who make the tough choice to abstain from the irresistible. Don’t Bac-On, Bac-Off.”

Come on, Kraft Heinz – you were doing so well.