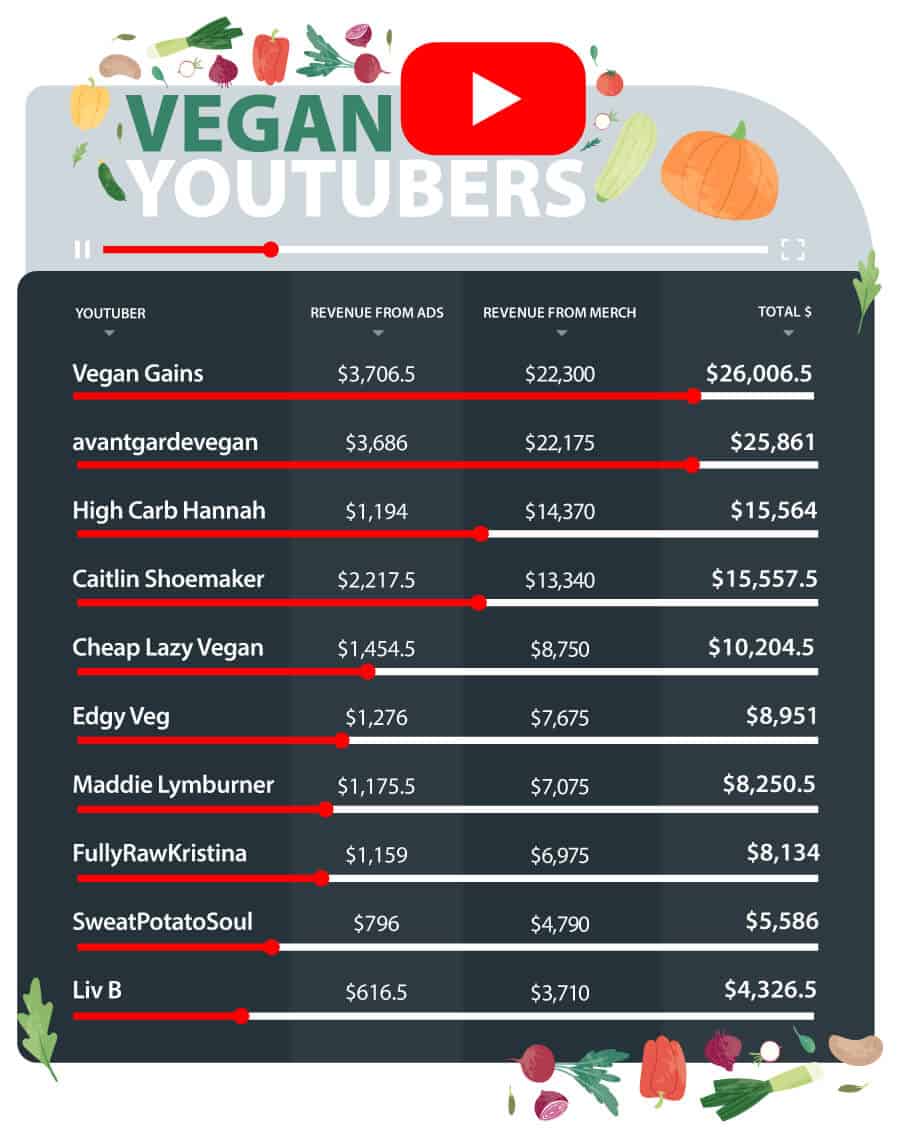 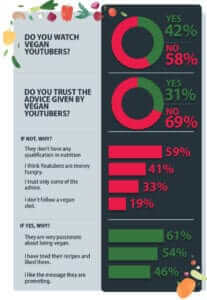 Over the past few years, several YouTube bloggers and “influencers” have been promoting the vegan lifestyle, sharing their beliefs and tips on how to become vegan too and gaining millions of followers in the process. A recent study carried out by plant-based gum company Chewsygum.com analyses ten vegan Youtubers who earn the most from advertising and selling products.

In terms of salary, they highest paid vegan Youtuber was shown to be Canadian vlogger Richard Burgess, better known under the name Vegan Gains, who reportedly earns an estimated £20,195 monthly both from ads and selling merch. The online marketplace also took into account a survey of 824 respondents, answering questions on how they felt about vegan YouTubers (see graphic).

In second place is Brit Gaz Oakley, also known as avantgardevegan, earning around £20,082 monthly from ads and merch. According to Chewsygum, by selling merch, avantgardevegan and Vegan Gains earn six times as much as they would get from ads alone.