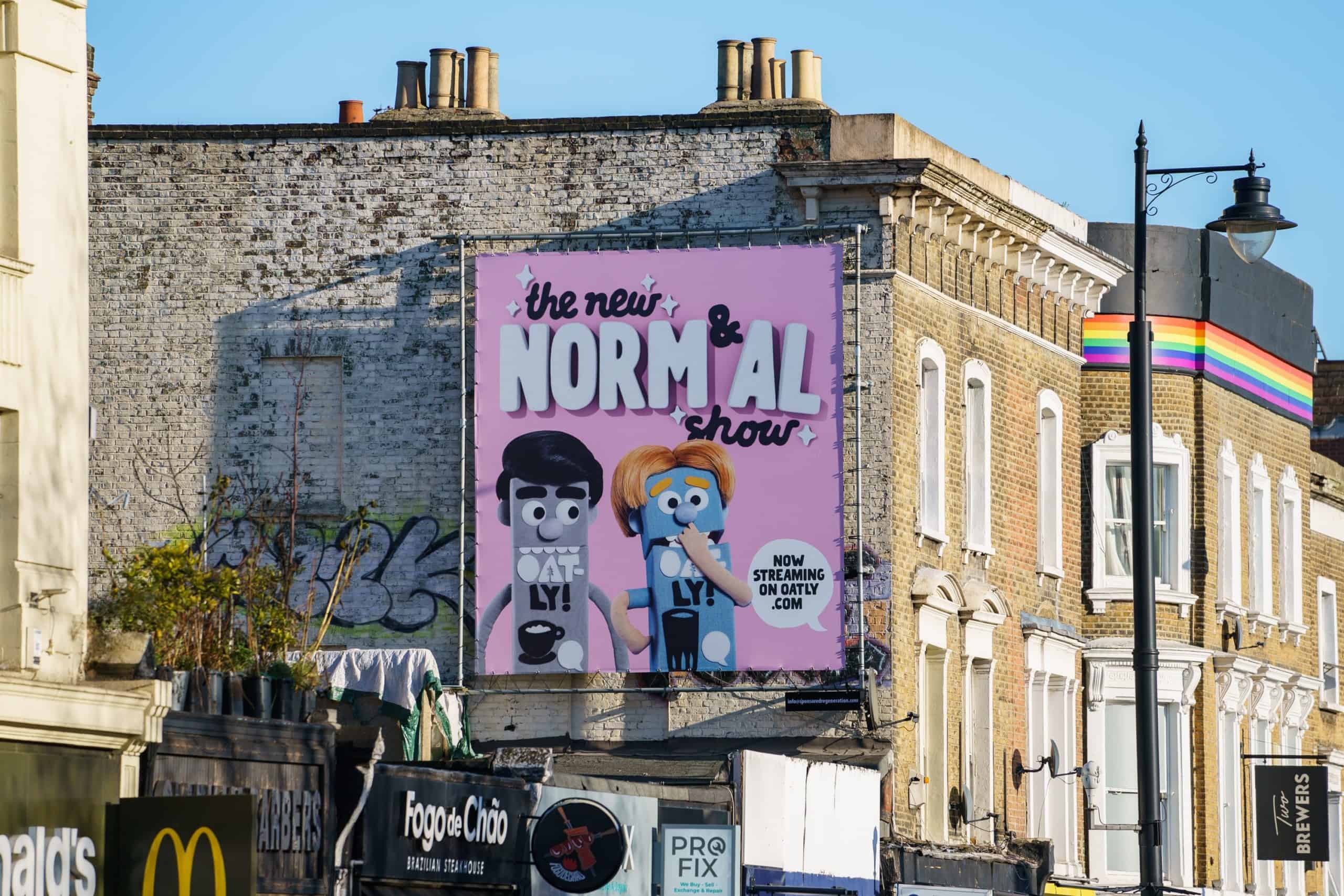 Oatly has launched its biggest ever campaign, THE NEW NORM&AL SHOW, in the UK. The show is a five-part miniseries featuring two oat drink carton puppets, Norm and Al, who are trying to switch to a plant-based diet.

The first episode tells the story of how Norm and Al met. Each episode is between two and five minutes long, and will appear on YouTube as well as the Oatly website. The campaign will be supported by ads in major cities and on social media.

THE NEW NORM&AL SHOW was developed in collaboration with BAFTA-winning production company Nexus Studios and director Conor Finnegan. The voice cast includes Alexander Perkins from The Office, Ethan Lawrence from After Life, and Rob Witcomb from Transformers: The Last Knight.

The campaign will initially run in the UK but will soon launch in several other European markets, along with Australia.

Oatly is well-known for its unusual approach to marketing, including TV ads using hypnotic spirals and pendulums in a playful attempt to convince consumers to switch to oat milk. The company is also politically active, campaigning against the proposed Amendment 171 — which would have put huge restrictions on the marketing of plant milks — and starting a petition for mandatory carbon labelling on foods. But the new miniseries is Oatly’s biggest campaign yet.

“The cool thing about THE NEW NORM&AL show is that it lets us deliver a message that people might normally roll their eyes at, but because it’s puppets, well, who doesn’t like puppets?” said Oatly’s Creative Director, Michael Lee. “Despite that last sentence, Norm & Al are really just about adding some fuzzy felt, wobbly arms and flappy heads with well-styled wigs to the plant-based movement, and if that all makes it easier for society to grab on to, then yeah, these puppets will be a total success.”