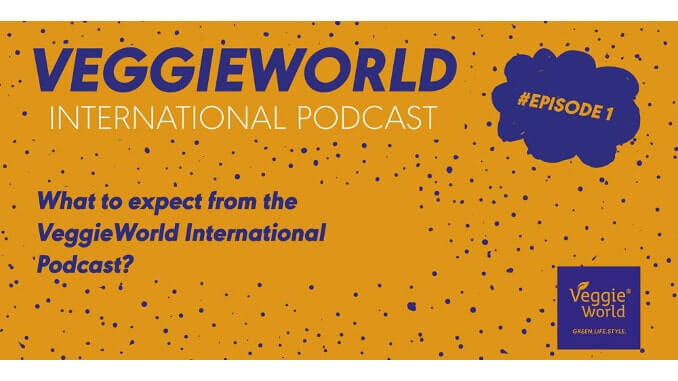 Veggie World started out running trade fairs, which now take place all over Europe. For a year now, the company has also been producing its own podcast, the “VeggieWorld Podcast“. Initially only in German, an international English version of the podcast has now been available for a few weeks.

The 51 episodes have already been downloaded more than 100,000 times. This makes it one of the most listened to podcasts in the vegan sphere. In each episode, Lars Walther interviews chefs and nutritionists such as Sebastian Copien and Niko Rittenau. In addition, Walther gives advice and information relating to plant-based lifestyles.

On the occasion of the 52nd anniversary, one of the founders of ProVeg, Sebastian Joy, is the guest. In order to stimulate interest in the vegan podcast abroad, VeggieWorld is launching the “VeggieWorld International Podcast”, an English version, on June 20th.

The podcast can be found on iTunes, Spotifiy and Stitcher.