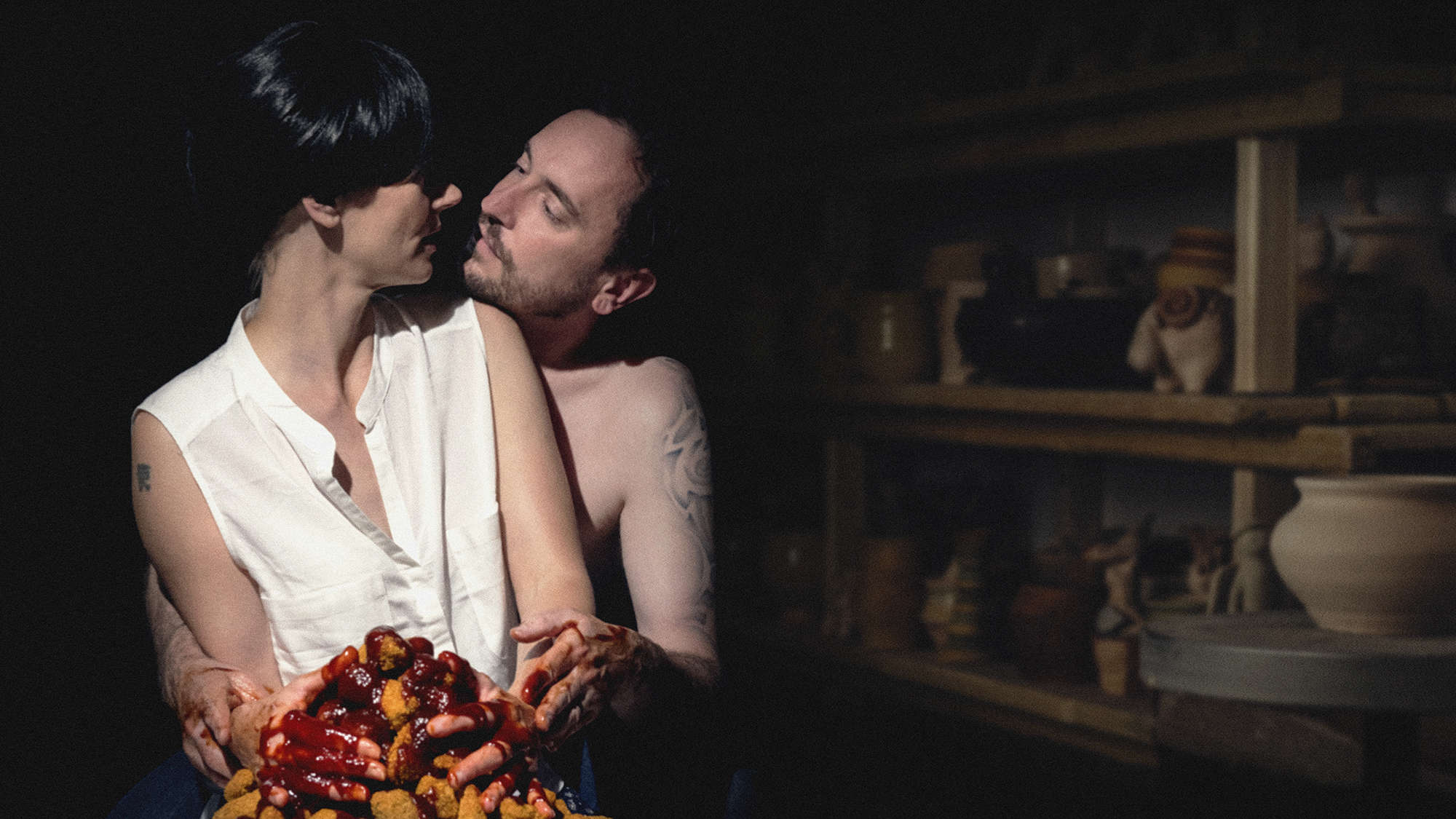 Less than a year after its inception in the UK, vegan fried chicken brand VFC has launched in the US and Canada. The company has celebrated by recreating scenes from its favourite American films — When Harry Met Sally and Ghost.

The images feature VFC staff, including founder Matthew Glover and his wife Jane Land, with cameos from the company’s fried chicken. VFC often takes an unconventional approach to marketing, including engaging with trolls and labelling them “Cluckwit of the Month”.

With both the US and Canada in the top 20 countries worldwide for poultry consumption, North America is a “strategic priority” for VFC, which has the ambitious aim of ending factory farming.

In Canada, Gaynor Fletcher’s Vegan Foods Wholesale will be the distributor for VFC, while Rick Hirsch will lead the US launch. The initial focus will be on foodservice along the west coast, with expansion into the rest of the country and into retail following later on.

VFC experienced “unprecedented” success after its launch, receiving calls from distributors in ten countries worldwide. It also received significant interest from investors, people wanting to open franchises, and the four biggest supermarkets in the UK — all within the first eight weeks.

Earlier this year, VFC expanded into mainland Europe, and soon afterwards it secured £2.5 million in seed funding. The company has previously said that it eventually aims to underprice KFC, as well as to surpass £50 million in international sales by 2025.

“The United States and Canada have always been on our Must-Have list as chicken consumption in both countries is so high, and we’re delighted to have got there within a year of launch,” said VFC co-founder Matthew Glover. “We’re working with the very best people who will get VFC out to the widest audience, while we keep growing and expanding to new parts of the world. ”

Says Rick Hirsch: “VFC offers compassionate and delicious food that is good for the planet, good for animals and good for our bodies. VFC is not just for vegans and vegetarians, but for everyone. That is a game changer. I think the marketplace is going to respond fantastically to the food and the message. I have been in this industry for almost 40 years and have helped launch many brands, but none as exciting and timely as VFC.”

Says Gaynor Fletcher: “Our interest in partnering with VFC isn’t just a business decision, it’s more about being part of the VFC ethos and sharing their vision to call a halt to animal suffering and abuse on a global scale. We applaud VFC’s mission to remove animals from an unjust, unevolved food system and feel privileged to be working with a brand, unapologetic in its intention to put an end to factory farming.”