It was clear from the outset that VFC was not going to conduct itself like any other food brand. Even before they had made their first sale, the company’s Instagram bio read Thanks Colonel, we’ll take it from here, declaring in that one line that this was a brand with big personality, a neat line in self-deprecating humour and uninhibited global ambitions.

As VFC launched solely with a D2C model, their social media output was initially their only marketing tool, but instead of following the tried-and-tested safe routes to expansion, CEO Matthew Glover was determined to forge a new, more unexpected path. And it seems to be working. In just a few weeks, VFC’s Instagram has grown to more than 18,000 highly engaged followers, attracted by the company’s mix of dynamic activism, feel-good food images and uniquely irreverent wit.

Most food companies – even vegan ones – hesitate to post distressing footage on their social channels but VFC’s new filmed series, Five Farms, does just that. Over five nights, Glover took activists undercover inside five different but typical chicken farms. The first person to accept the offer was renowned campaigner Joey Carbstrong whose provocative style gave way to overwhelming sadness at witnessing so much suffering. Click here to see the video.

“This is not the kind of content food companies tend to share,” says Glover. “But if no one tells the truth about how chickens are farmed, and everything people see is filtered through the marketers’ lens, where is the incentive for people to change? We’re pretty straightforward as people and as a brand – if you eat meat, you should know what that means.”

The second film in the series featured Harry Potter actress Evanna Lynch for whom it was clearly a distressing night. Click here to see the video.

Such a stance inevitably brings out the trolls, with one of the most common accusations being that VFC should not call it chick*n as it is not, in fact, chicken.

“Ah yes, that’s a regular one,” laughs Glover. “Some days you feel like screaming into pillows but then we just decided to call up our friend, the comedian Lou Sanders and let her deal with it.”

More recently VFC has launched a new feature, Cluckwit of the Month, which clearly delights their followers.

Among the now infamous trolls was Paul who, despite not wanting to eat vegan food, couldn’t help but engage repeatedly. “You seem to want to keep this conversation going,” wrote VFC. “You’re giving us mixed signals…”

Paul replied: “I’ll stick to proper food and not something I wouldn’t give the cat.”

“You have a cat?” came VFC’s response. “How lovely. We have a dog. Animals are amazing, aren’t they? We love them so much we set up this company to help them. I can’t believe we have so much in common.”

Paul eventually went quiet, but a week later, up he popped:

Says Glover: “What’s really interesting is that the angrier trolls get over things that don’t even affect them, and the more we enjoy our interactions with them, the higher the sales spike. It’s so reliable that we can let the factory know when to expect an influx of orders. We owe a lot to the trolls.” 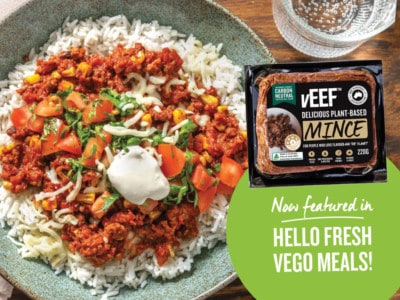