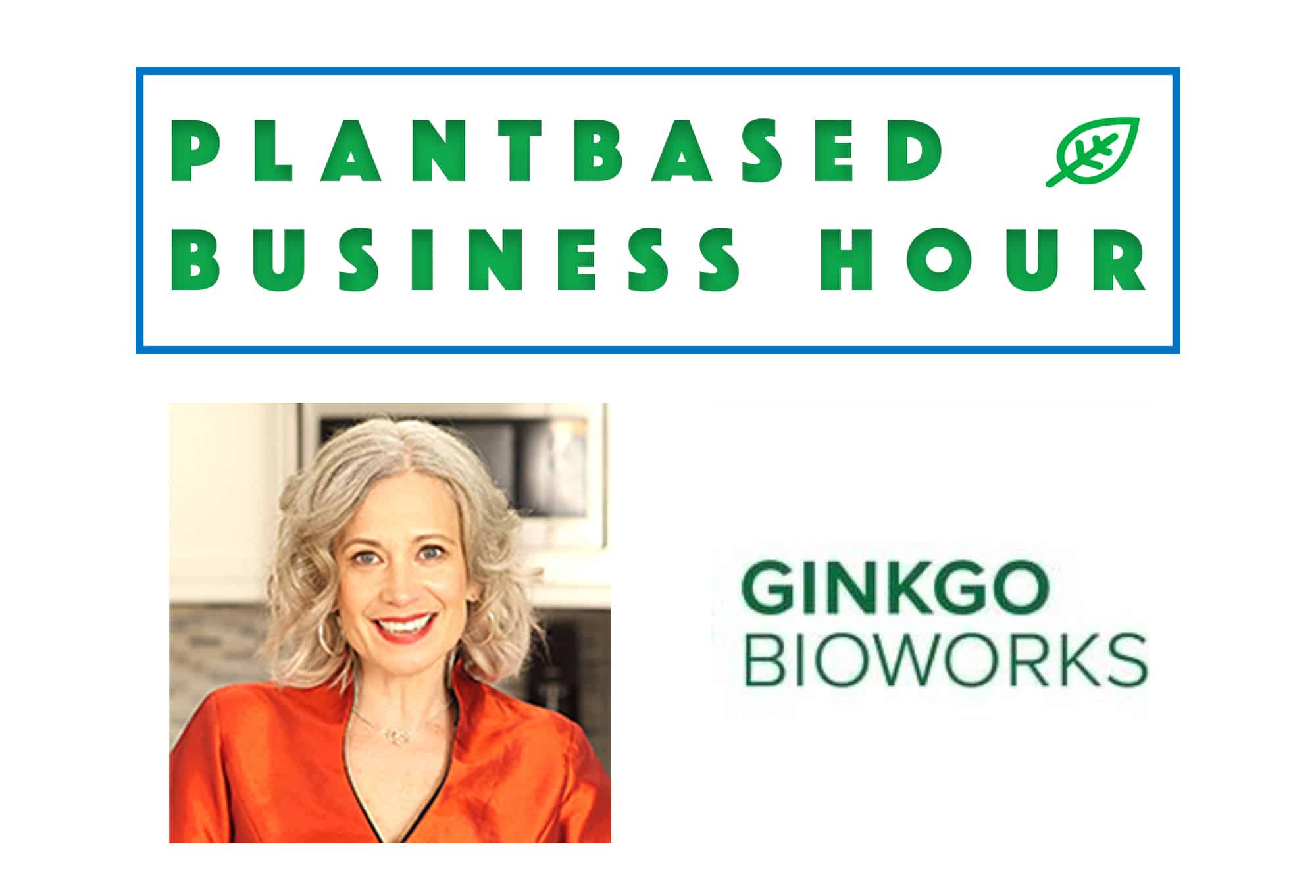 Sushmita Venkatraman, Director of Marking and Swami Srinivas, Director of Organism Engineering at Ginkgo Bioworks, Inc. join Elysabeth Alfano at the Future Food-Tech for a discussion on the growth of the Plant-based Innovation Sector.  It’s another episode of The Plantbased Business Hour from the road. This time Elysabeth hits NYC, the day before the VegTech™ Invest party at the New York Stock Exchange!

Elysabeth: Here at Future Food Tech I want to highlight, a company which to me is one of the most exciting companies out there today. I have with me folks from Ginkgo Bioworks, Sushmita Venkatraman, Director of Marketing and Growth at Ginkgo Bioworks and Swami Shrinivas who is the Director of Organism Engineering.

So, you say that there are some companies out there that would like these innovations to scale and they can see the vision. What are some applications that maybe people don’t think of or don’t immediately come to mind when one says, “Oh gosh, this would really be enhanced by synthetic biology?”

Swami Shrinivas: I think there are quite a few examples of these. Things like bioremediation or climate change; these are larger challenges that cannot be addressed by any one company or one group of people or other and requires a large, concerted effort. I think, Sushmita, maybe you can talk a little bit about our climate change efforts.

Sushmita Venkatraman: Yeah, of course. For us, the climate at Ginkgo, we take it very seriously. One thing to add is last September we went public and so we raised about $1.6 billion and this money is actually used to continuously improve the infrastructure and also help build this ecosystem where biology can be used. And the reason why I emphasized biology- I studied biology undergrad and my graduate level, and the one thing I’ve come to realize is it really helps unlock the economies of scale. It helps companies produce products that can really be differentiated from not only each other but also from what exists today.

There’s a lot of creativity around R&D and biology that one can really geek out on and build new solutions and some of the benefits are biodegradability and performance. You can meet the performance of existing products and you can also enhance the performance of products using very specific techniques and so I think it’s really important for the world to sort of step back and realize that biology is a powerful ally in the fight against climate change and that we need to move away from petrochemical processes. We need to move away from the traditional methods of farming, and we need to leverage what we really have which is reproducible, as well as degradable safety for the planet.

Elysabeth: When you say reproducible and degradable would this imply naturally that it captures more carbon or it just puts out less carbon? Explain for me that connection between the environment and how this can really help to address climate change?

Sushmita Venkatraman: Yeah, so I think a lot of the processes that we are seeing right now emit a lot of greenhouse gasses and they involve harming animals in the process. They involve harming plants [and the planet] in the process, and so what fermentation can do, precision fermentation, as well as other techniques related to biology, is to really remove those harmful components associated with just breaking it down with the processes that are used today. So, when I say reproducible, I mean experiments can also be reproducible and that’s how you can get to that level of the scale that we are really imagining.