Heura’s Urgent Message to Boris Johnson: Plant-Based Deserves a Seat at the Table

After the recent alarming IPCC report on climate change was released with stark warnings for the future of humanity, the Spanish “food activists” behind Heura have given an urgent message to UK politician Boris Johnson: stop ignoring the science and make plant-based diets part of climate policy.

Following the UK government’s dangerous lack of action, activists and Heura co-founders Marc Coloma and Bernat Añaños have made the video message, as well as launched a petition to demand that world leaders support a plant-based diet to combat climate change. In advance of COP26, they have also penned an open letter to Boris Johnson, which states: “We have listened to your words. We have noticed your (lack of) actions. Now it’s time to act and address diet as a key way to drive positive impact on the climate crisis.”

Read the full letter here and click here to see the video campaign. 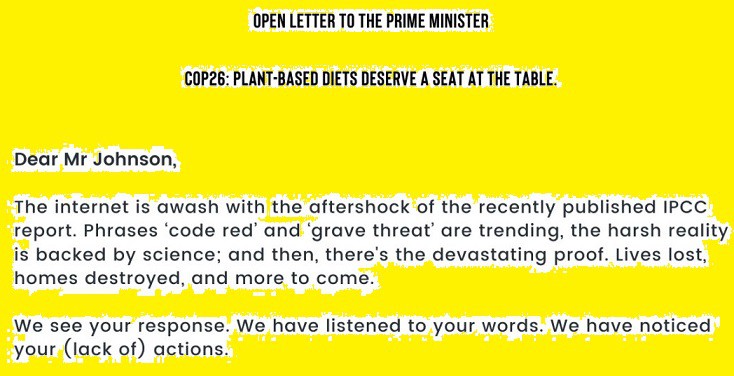 In some countries, 42% of people support the promotion of plant-based diet as a climate policy, according to the UN’s People’s Climate Vote, – the largest ever survey of public opinion on climate change – with a global average of 30%. Fellow alt meat leader Impossible Foods also released a report on how animal agriculture is destroying the Earth, demonstrating how sustainable plant-based foods can help in the fight to reduce the major impacts of climate change.

Catalan brand Heura has become known for its brave and impactful messaging, having recently sent a similar call to action for Spanish Prime Minister Pedro Sanchez. In an interview with vegconomist, Heura Co-founder Bernat Añaños explained: “We are born from activism. We have worked out the whole structure of the company from activism.”