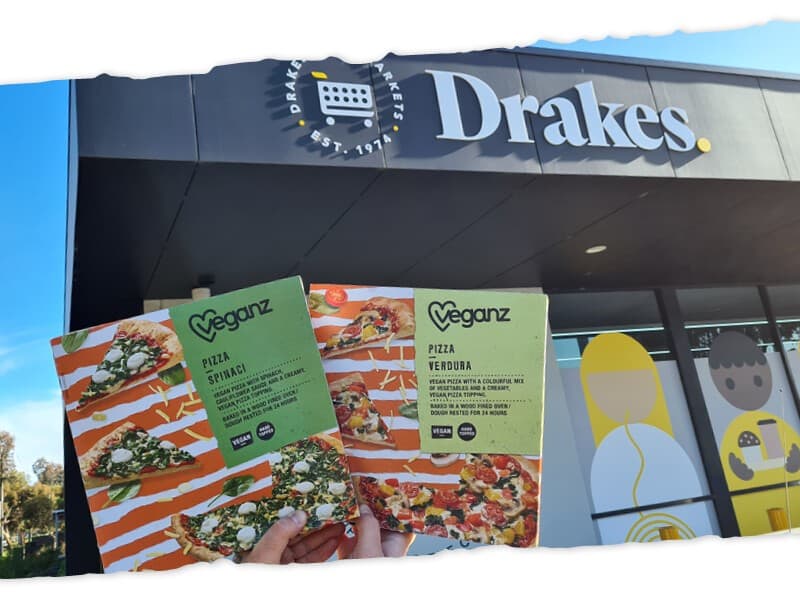 Following on from its successful expansion into Australia, Veganz has launched its premium plant-based pizzas into Drakes Supermarkets. Drakes becomes the first supermarket chain in Queensland to offer the frozen pizzas from Veganz, as the German brand continues to grow and lead the frozen plant-based pizza sector.

Berlin-based Veganz launched into New South Wales, Victoria, and South Australia in March this year via Woolworths supermarkets, and the new Drakes deal now ensures its presence in over 60 Queensland outlets. The vegan full-range supplier has also successfully expanded into the UK and Greek markets.

Featuring the popular Eaternity label, Veganz is aiming to set a new industry standard for sustainability and transparency in the food industry. Thanks to the sustainability score on the brand’s packaging, the CO2 footprint, water consumption, and contribution to the preservation of the rainforest and animal welfare can be calculated. This gives consumers transparency to see the real resource consumption of every single Veganz pizza, with the brand claiming the sale of over 1.5 million Verdura pizzas saved over 915 tonnes of CO2 in 2020 alone.

Plant-Based on the up in Australia

In Australia, the demand for plant-based products is growing as shown by Veganz continued success in the frozen pizza sector. Other news includes Hello Fresh’s expansion of its vegan offerings in the country by entering a new partnership with Fenn Foods, as well as Heston Blumenthal’s plant-based burger creation for Australian chain Grill’d. However, the Australian Red Meat Advisory Council recently claimed that consumers are being misled by the way meat alternatives are labelled and packaged.

“At Drakes we are committed to providing products our customers want. We have had a lot of requests for vegan and plant based products in the last 2 years and now these vegan and plant-based items make up one of our fastest-growing categories. We believe this is not a fad but a lifestyle trend that will continue well into the future,” stated Tim Cartwright, General Manager Fresh Foods at Drakes Supermarkets.

“It is great to see how climate-conscious nutrition with plant-based products is gaining a foothold in Australia. We are very much looking forward to working with Drakes Supermarkets, who are offering our top-selling vegan pizzas in their frozen pizza range as first Veganz products,” added Veganz CMO Moritz Möller.