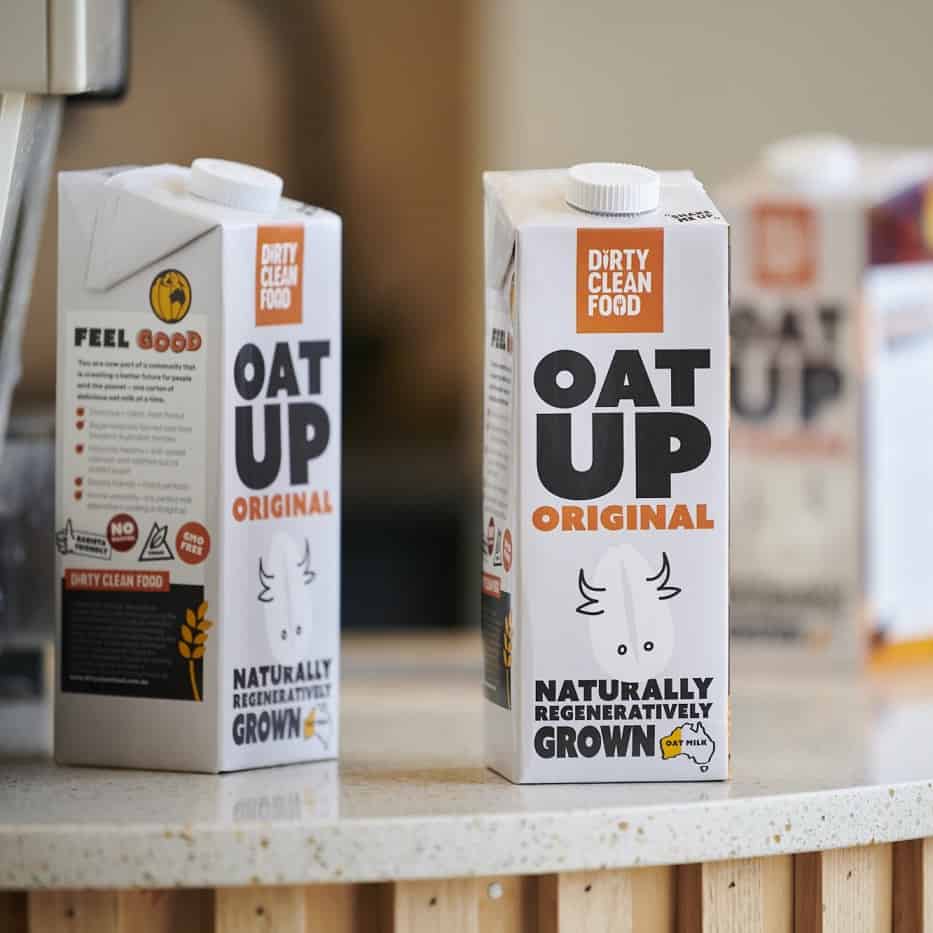 Woolworths appears an ideal partner for the distribution of new plant-based brands in Australia, continually expanding its vegan range over the past two years. The retailer now stocks products such as OmniFoods’ plant-based spam and pork mince, Deliciou’s vegan snacks and seasonings, Veganz’ plant-based pizza, and Fable Foods’ vegan beef. The chain has also been considerably increasing its range of vegan meats and cheeses, and recently invested in plant-based brand Harvest B.

Wide Open Agriculture expects the agreement to generate sales of more than $750,000 per annum for Dirty Clean Food, as the agreement includes national distribution, making OatUP available for purchase in approximately half of Woolworths stores in Australia. The agreement further includes the opportunity for Dirty Clean Food to market its brand and to communicate the regenerative farming practices used by its oat suppliers directly to Woolworths customers.

Dirty Clean Food’s OatUP is currently available in 350+ outlets across Australia and expects continued expansion of its distribution in Australia and Asia over the next six months, as the company received and shipped multiple orders from its Singapore distributor GrowHub, with market testing and tasting continuing in additional markets in Asia.

“We are now on track for distribution in over 1,000 locations by the end of this fiscal year, which we see as an incredibly positive response for a new product launched less than 12 months ago. We are excited at the opportunity to harness our growing distribution network for Dirty Clean Food’s expanding product lines,” said Jay Albany, CEO of Dirty Clean Food. “Our brand is driven by taste, quality and unmatched environmental credentials – attributes that consumers everywhere can appreciate.”