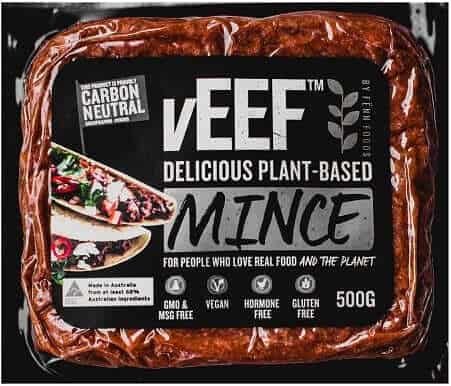 As we reported in April, Australia’s animal agriculture sector could lose up to $3.2 billion by 2030 according to The Meat and Livestock Australia (MLA) which warned that 84% of this loss will be due to rising animal advocacy and an increase in veganism.

As is the case with markets around though, meat reducers are the biggest and most important demographic rather than existing vegans, with 32% of Australians now identifying as flexitarian. By 2030, Australian consumers are expected to spend between $1.4B and $4.6B on plant-based alternatives. In Australia, direct livestock emissions alone count for around 10% of greenhouse gas emissions and with the government’s target of a 26-28% reduction in emissions by 20304, carbon-neutral food could be an important future market according to Fenn Foods.

The young brand knows that to push the sustainable foods, taste is the key, and as such Fenn Foods’ plant-based mince has been crafted to separate and brown in a hot pan just like meat and will offer a “satisfying umami flavour and succulent texture.”

“We know that for this movement to gain traction the products can’t just be sustainable they have to be delicious as well,” states Cancino.

The world-first mince will be hitting supermarket shelves across Australia soon.