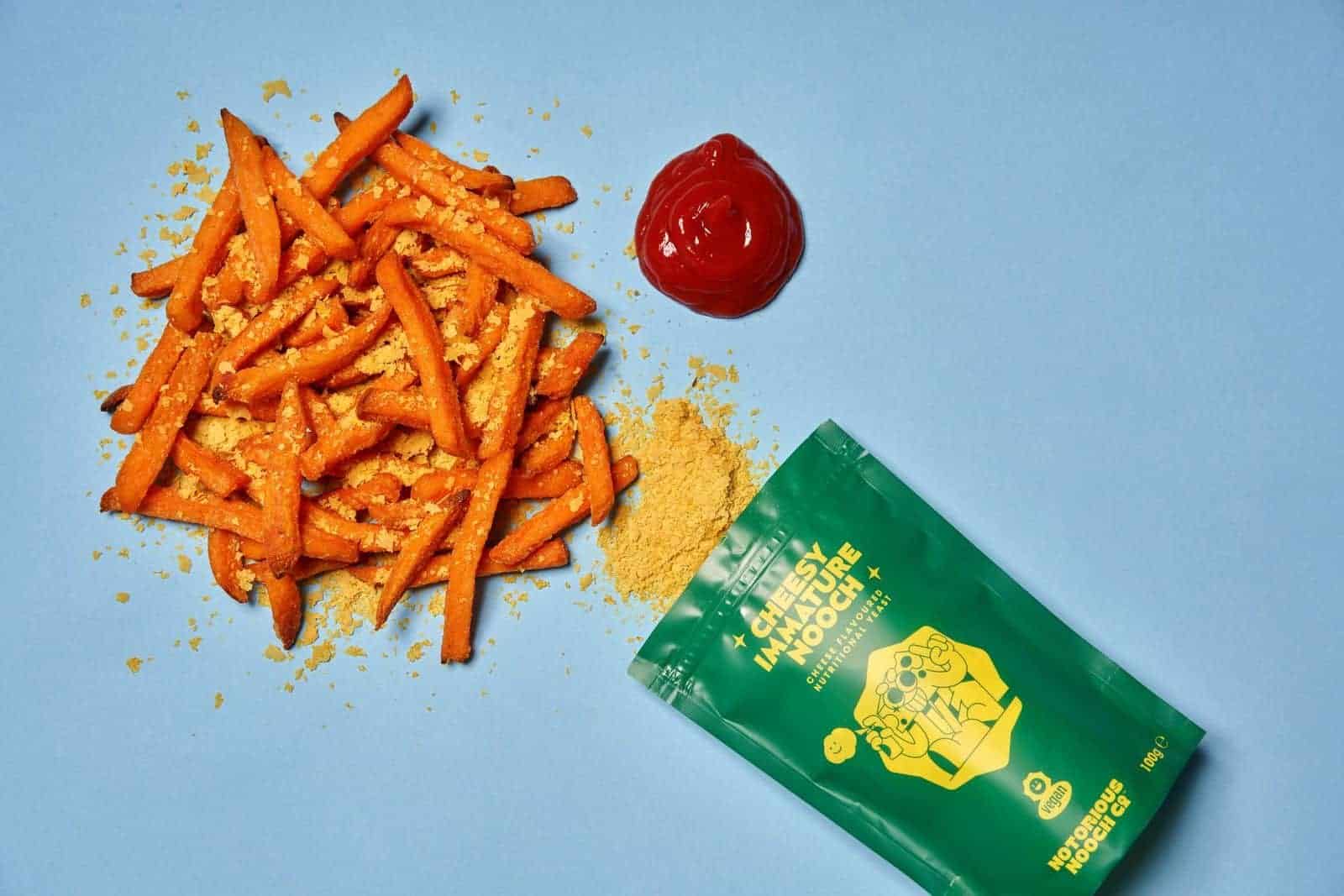 Notorious Nooch Co. has launched what it claims is the UK’s first naturally flavoured nutritional yeast. It’s available in two flavours — Smokey Bacon and Cheesy Immature. The company was co-founded by Stephen Wildish, author of the vegan guide How To Vegan.

Nutritional yeast, a type of deactivated yeast with a naturally “cheesy” flavour, colloquially known to most vegans as Nooch, has been a vegan pantry staple for years. A market report back in 2018 predicted steady growth in demand through to 2027, and it has even been used to make vegan dog cookies. But Notorious Nooch Co. was frustrated by what it calls “a lack of category innovation”.

As such, the company decided to create new flavours by toasting the yeast flakes to enhance their savoury taste and adding natural seasonings. Both varieties contain fewer than five ingredients.

Notorious Nooch Co. says its products can be used on almost any meal, from pizza and pasta to greens and popcorn.

“On my own journey to becoming vegan, I loved trying out new tricks to recreate the food I loved as a kid,” said Wildish. “For years, a big part of adding a cheesy flavour to vegan meals has been to use nutritional yeast… but it never quite satisfied the craving.”

Both nutritional yeast flavours are now available from the Notorious Nooch Co website, as well as YoungVegans Superstore and Amazon. They retail at £3.99 for a 100g pack. The company says more stockists will soon be announced.