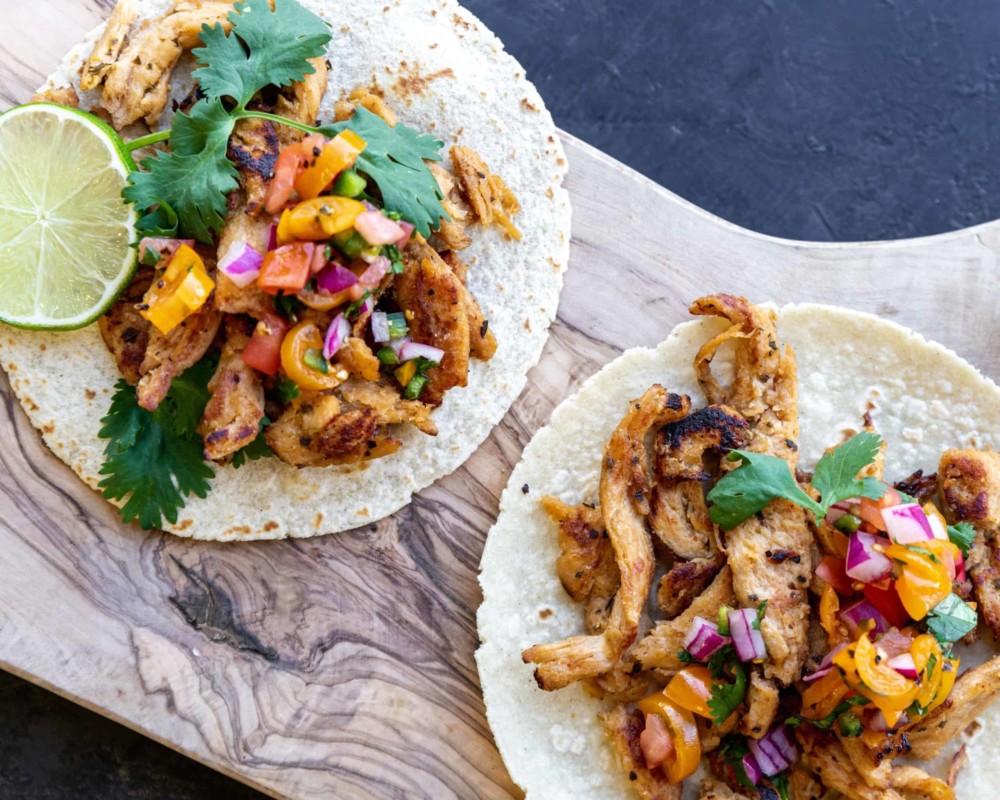 North Carolina-based brand Barvecue has launched wood-smoked plant-based carnitas, one of the first Hispanic-inspired alt-meat products to be widely available in US grocery stores.

Mexican food has long been popular with vegans, since it makes extensive use of plant-based ingredients like beans, corn, and avocado. But to date, many companies have overlooked the possibility of making plant-based alternatives to traditionally meaty Mexican dishes.

Barvecue has set out to change that, with the launch of carnitas that can be used in tacos, fajitas, burritos, enchiladas, and a range of other Mexican dishes. They will roll out at 380 stores — including Lowes Foods, Earth Fare, and Safeway — next month.

All Barvecue products, including the new carnitas, are made at the company’s Carolina Smokehouse — the largest plant-based smokehouse in the world. The 10,000 square foot facility opened in March of this year, after Barvecue successfully raised millions in funding in 2020.

“For too long, great-tasting Hispanic-inspired plant-based meat options have been almost non-existent in US grocery stores and restaurants. Barvecue is excited to lead the way in the plant-based meat category as we bring this amazing product to market,” said Founder & CEO Lee Cooper.