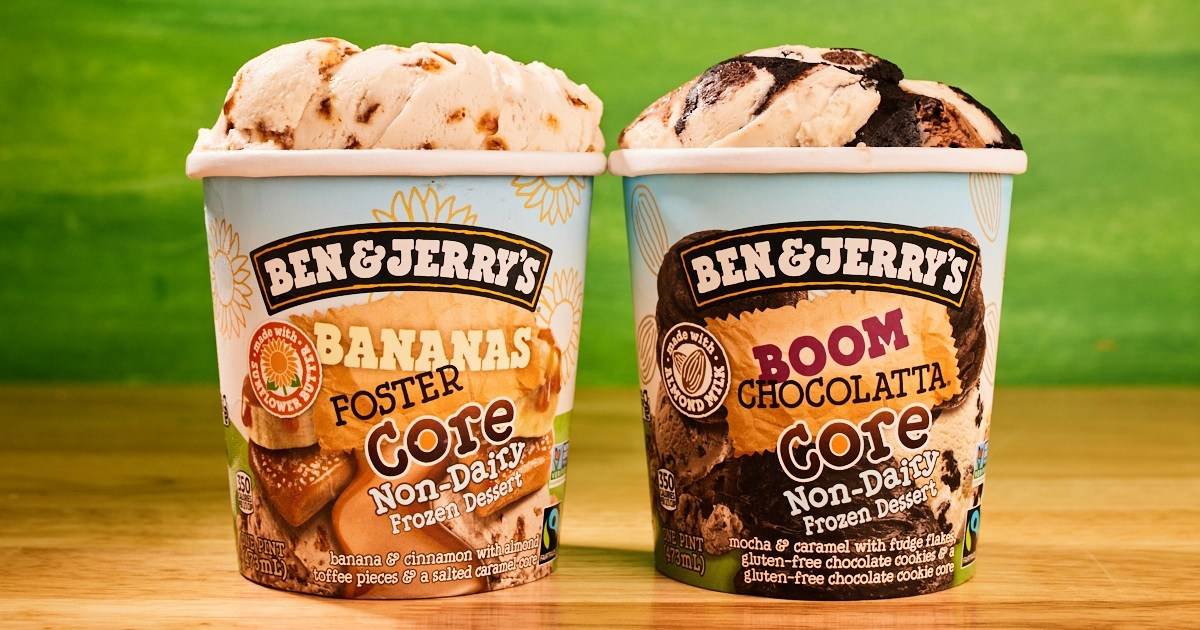 The Non-Dairy Boom Chocolatta and Non-Dairy Bananas Foster bring the brand’s official dairy-free count to 20 products. Both flavors are also being released as part of the Core range – ice cream filled with a dense, spoonable center down the middle of the pint.

The Boom Chocolatta pint features mocha and caramel ice cream combined with fudge flakes, gluten-free chocolate cookies and a gluten-free chocolate cookie core. While Ben & Jerry’s usually offers dairy and vegan versions for each flavor, the new Bananas Foster is exclusively made for the Non-Dairy line. The ice cream consists of a banana and cinnamon base mixed blended with almond toffee pieces around a salted caramel core.

In an effort to make the company’s desserts accessible to more fans, the new products are certified gluten-free, in addition to being dairy-free and vegan.

“Our flavor gurus believe in creating concoctions for all,” said Dena Wimette, Head of Innovation for Ben & Jerry’s.”We want everyone to be able to have some Ben & Jerry’s joy, including those who choose gluten-free.”

With the latest additions, plus the debut of Non-Dairy Mint Chocolate Chance in December, Ben & Jerry’s product portfolio is now almost 40% dairy-free.

Several flavors were also created to display pop culture or social justice-inspired themes, such as The Tonight Dough, Netflix & Chill’d and Change the Whirled.

With 20 premium non-dairy flavors, Ben & Jerry’s strategy to re-invent beloved favorites and introduce exclusive new ones appears to have been a successful one.

“We know that people who choose non-dairy frozen desserts love variety,” commented Wimette. “They want to avoid dairy and still have amazing taste. These two new non-dairy flavors will satisfy their cravings for something different and delicious.”