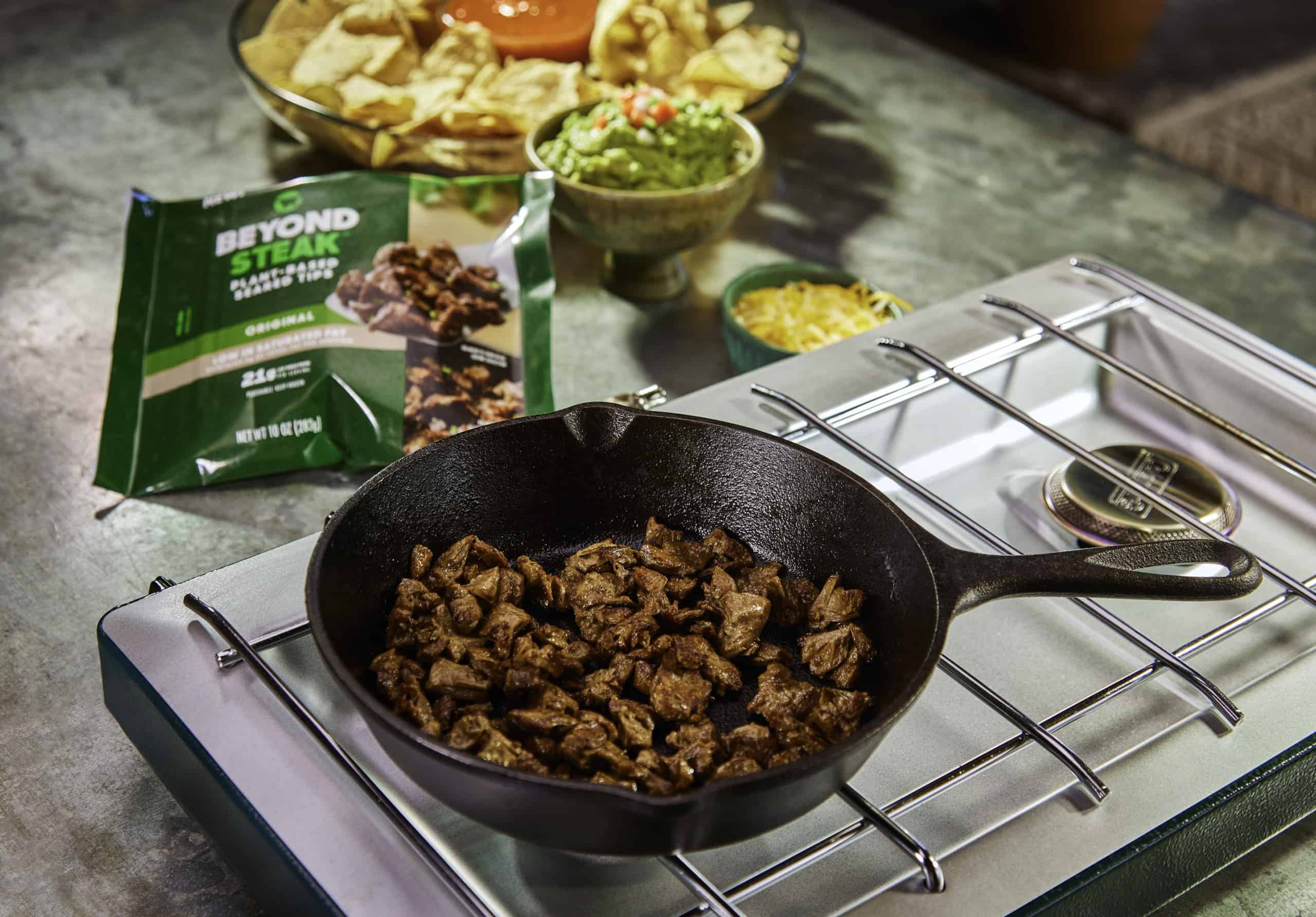 Beyond Meat has announced the launch of its plant-based Beyond Steak, described as “revolutionary”, across the US.

The bite-size meatless steak pieces will launch at Kroger and Walmart stores US-wide, along with other retailers including some Albertsons and Ahold locations. The product, which contains 21 grams of protein per serving, is sold frozen and can be prepared in just five minutes.

“We’re proud to introduce this innovative product to consumers nationwide”

Beyond Steak was initially trialled earlier this month at Jewel Osco stores in the Midwest, just weeks after the company announced a collaboration with Taco Bell to offer the Beyond Carne Asada Steak. The nationwide launch comes shortly after Beyond’s long-standing competitor, Impossible Foods, revealed that it is working on plant-based filet mignon.

Last week, Beyond announced a series of leadership changes, including the appointment of a new Chief Operating Officer and Chief Financial Officer. Some roles, such as Global Chief Growth Officer, were eliminated as cost-cutting measures — a process that CEO Ethan Brown described as “right-sizing” the organisation.

The changes were made following a difficult year for Beyond, with projected revenues lower than previously expected due to economic challenges. Despite this, the company continues to launch products and expand into new markets.

“Beyond Steak is a highly-anticipated expansion of our popular beef platform and we’re proud to introduce this innovative product to consumers nationwide,” said Dariush Ajami, Chief Innovation Officer AT Beyond Meat. “Beyond Steak delivers the taste and texture of sliced steak in a way that is better for both people and the planet.”